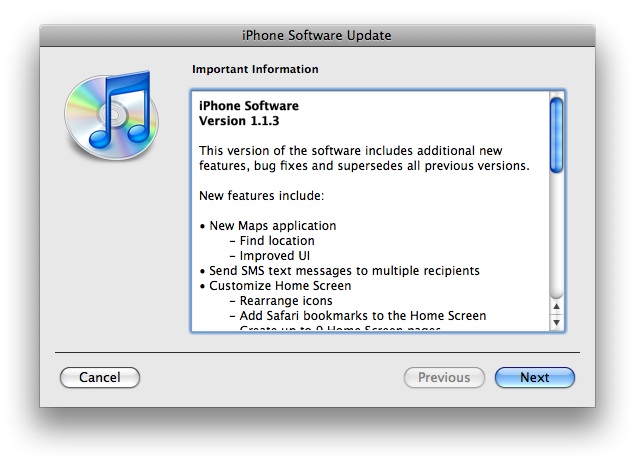 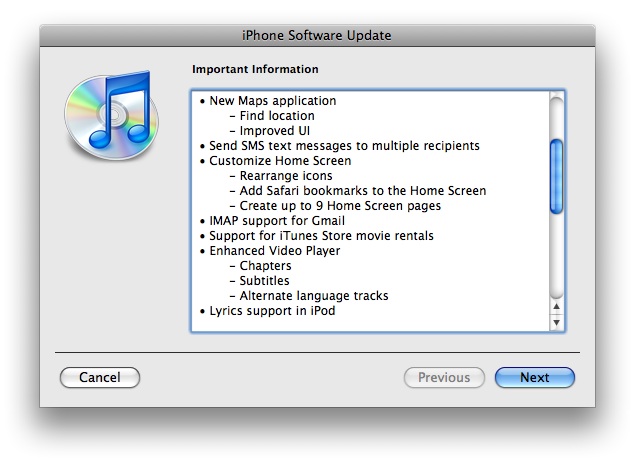 I thought it had already downloaded the update but a quick look at my network activity showed it downloaded at full speed (1MB/s) for a while:

Finally the update of my iPhone firmware began:

and I am pleased to say all went smoothly.