Along with the launch of the new Macbook’s & Macbook Pro’s, the Macbook Air received some minor tweaks; faster graphics, storage increase, new display connector. The newer versions are released at the start of November so I thought I’d go and see how the prices and spec compare to my current MB Air and was surprised to find Apple are overcharging for their pre-configured higher spec bundle.

There are two model/spec options for the newer Macbook Air: 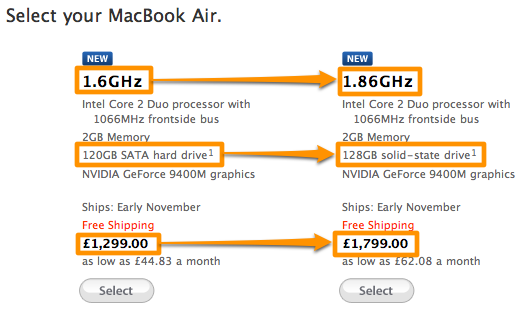 Starting with the cheaper model and upgrading the processor and hard drive takes you from £1,299 to £1,789:

But many people assume that a pre-configured bundle must be cheaper, otherwise what’s the point in having it as an alternative option, but it looks like you are paying Apple £10 to click the upgrade buttons for you because it costs £10 more:

This only seems to apply to the UK version of the Apple online store, I just checked on the US online store 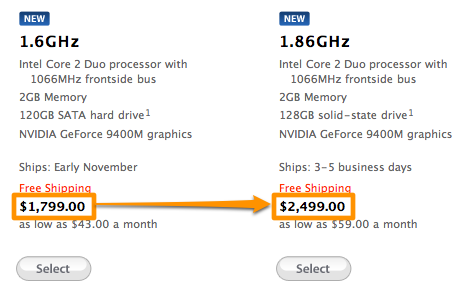 which shows the model with the faster processor and SSD as $700 more than the base model. If you configure the cheaper version to the same spec as the more expensive version: 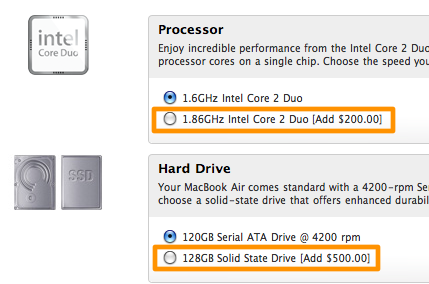 You end up paying $200 for the processor upgrade and $500 for the upgrade to SSD so a total of $700, the same as the higher spec pre-configured model.