I recently downloaded a free iPhone game called Scramble in which players try and locate as many words as possible in a 4×4 matrix of seemingly random letters. At the end of the 2 minute round you are presented with your final score along with a list of all possible words that you could have selected.

I no longer check through all the words that I could or should have found but for my first few plays I went through the list of all possibilities and it came up with some surprising suggestions!

Firstly I’ll have to admit that I was bad enough to find and select the following examples, hence the words appear in the suggestion list in green: 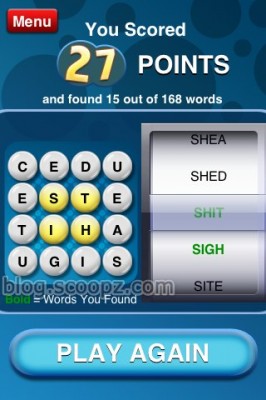 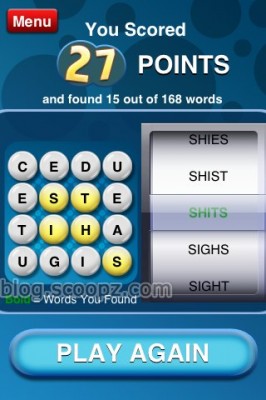 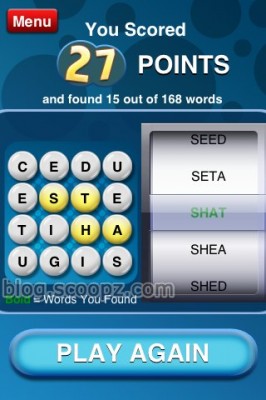 But on one of my very first plays (hence the almost non-existent score) I was shocked at the suggestions: 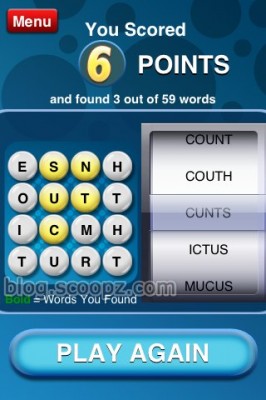 and then there were words being suggested that aren’t even in the dictionary and only seem to appear in the online “urban” or “slang” dictionaries: 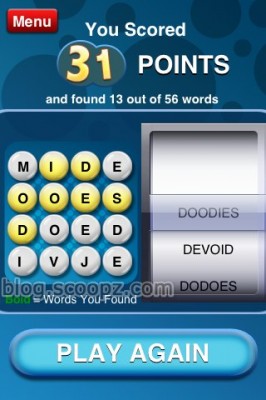 I remember not so long ago that Tweetie app was rejected from the App store as Apple deemed it to contain offensive language since looking at the trends on Twitter threw up a common swear word.

So have Apple now relaxed their policy or did Scramble just slip through the net?

Next time you play on Scramble just have a quick flick through the list of suggestions at the end of the game and if you come across any interesting ones post them in the comments below.