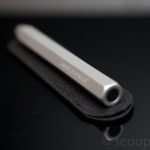 The iPad has an excellent touch sensitive screen and has never failed to respond to my touch except when I’m wearing gloves but I now have gloves with conductive material in the finger tips so even that’s no longer an issue. So you might be asking why I bought an iPad Stylus if my finger(s) work perfectly well? I bought the stylus to assist with sketching and note taking on the iPad.

I’ve never found it very natural to write or draw with my finger on any touch screen device, throughout my entire life I’ve always used something in my hand to draw/write be it a pen, pencil, paintbrush, etc. Using a stylus to draw or scribble notes on the iPad is much more comfortable than using your finger and I find it gives me greater control and accuracy over what I’m drawing. 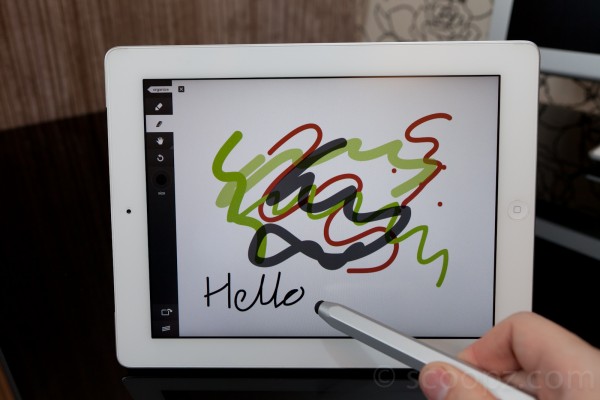 I opted for the big chunky aluminium AluPen from Just|Mobile®, I’ve not got massive hands but some of the smaller and thinner iPad stylus models felt like I was going to snap them.

There’s not much to say about the stylus really, it’s made from a large chunk of aluminium, it’s incredible solid and there’s no chance it’ll get bent just throwing it in your bag. It does come with a small faux leather pouch which I keep mine in just to keep the rubber nib/tip clean. 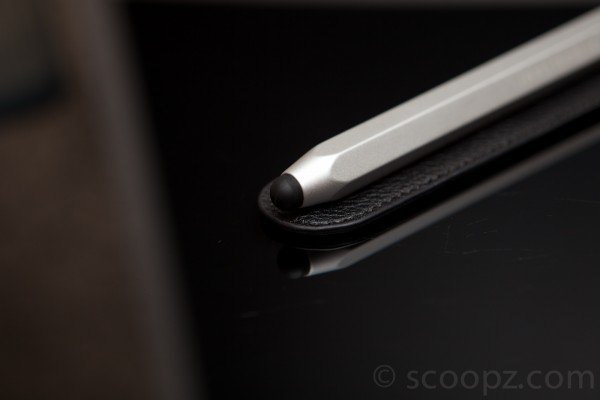 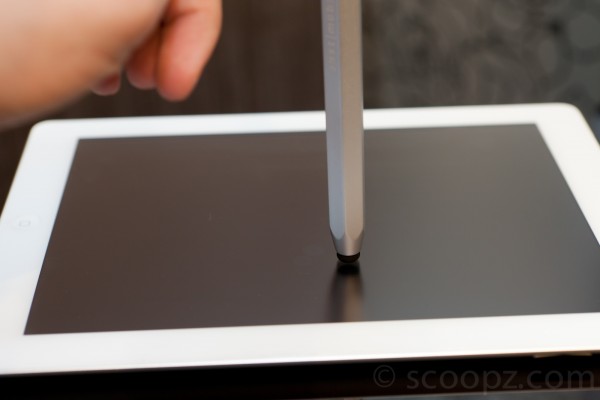 The tip of the stylus itself is quite bulbous and hollow, you can press it and it seems to deflate against the screen but instantly bounces back to it’s original shape. This big hollow tip lets you use the stylus with both gentle pressure or firm pressure depending on your preference and also helps stop any screen scratches should you have grit on the tip.

Even though it’s made from a solid piece of  aluminium the centre of the stylus has been cored out and a rubber cap placed in the rear end, this helps keep the weight of the stylus down and avoid fatigue if you are holding it for long periods of time.

I knocked up a quick film of me using the stylus with two different iPad apps (Adobe Ideas and Penultimate). This shows the responsiveness of the stylus and towards the end of the video I draw lines as fast as possible to show that there is very little lag between swiping the stylus on the screen and the digital line being drawn. [this was on an iPad 2, the iPad has a slower processor so may not be as quick in rendering the lines with fast drawings]