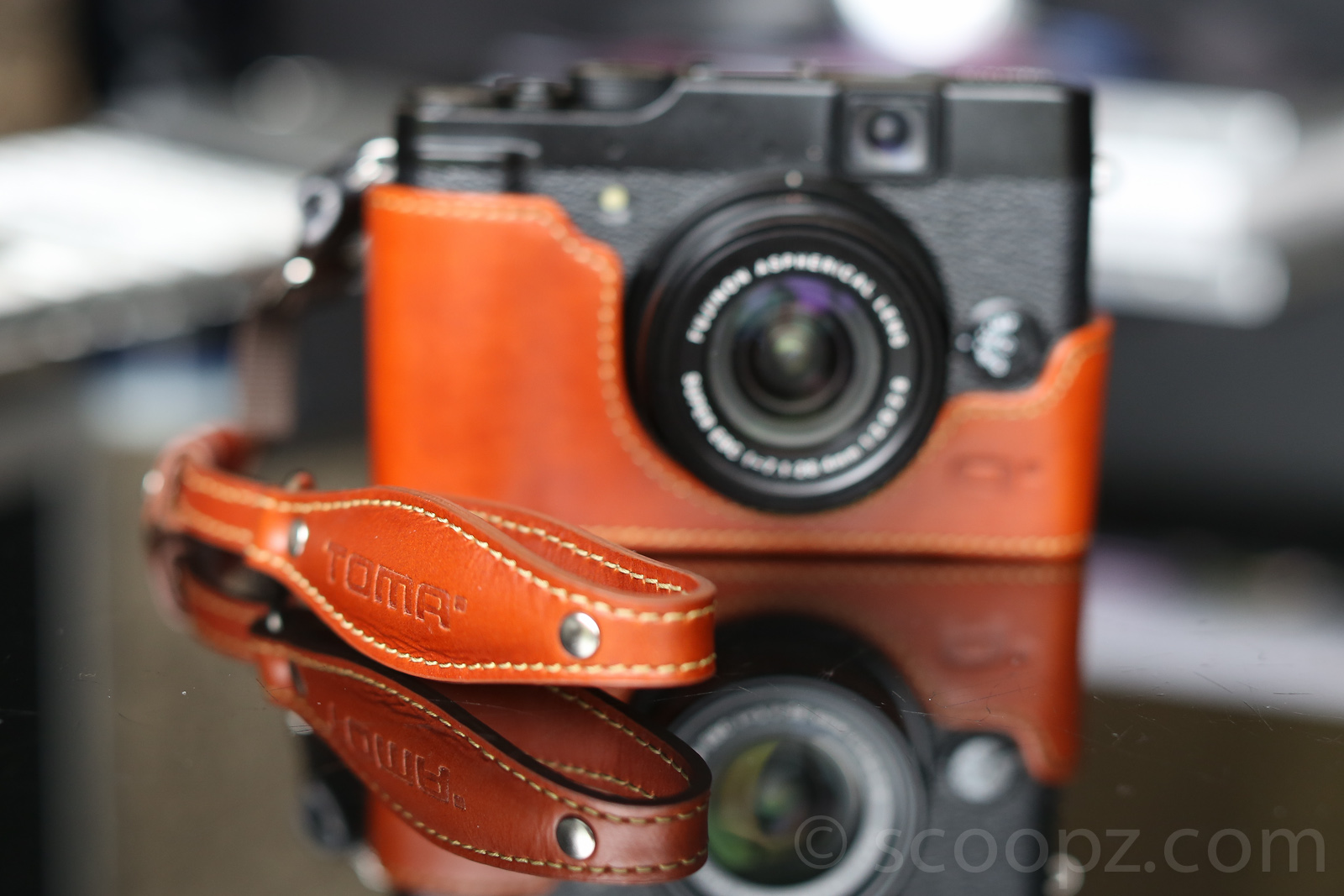 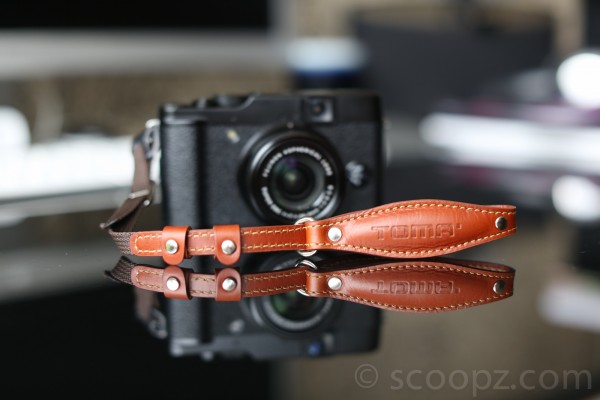 When I’m leaving the house to take the dog for a walk or heading off somewhere exotic on holiday, my Fuji X10 is now my number one “got to take” camera. Unless it’s a work related trip in which case the Canon 5DMk3, 5DMk2 and other goodies come out but for my day-to-day personal photos I can’t fault the Fuji X10. OK that’s a lie, the X10 has had some issues (orbs and sensor replacement & dust in the lens) and there’s also been one minor thing that has always bugged me and that’s the neck strap supplied with the X10.

I can understand why Fuji opted for a neck strap rather than a wrist strap as the default supplied item, but they could have put a little more thought into the strap. It’s thin so it digs into the shoulder lots, it feels cheap, it looks cheap, it’s not long enough to be a neck strap, it’s too long to use as a wrist strap, I just don’t get along with it.

For a while I took the strap off completely but I felt I still needed a little something for extra security especially when taking it abroad. I toyed with the idea of getting a better neck strap but all the good ones are tailored towards SLRs and hence quite big and chunky as are most dslr camera bags. I decided I needed a camera wrist strap, I thought about maybe getting a Gordy’s strap but they seemed to be quite expensive and not quite what I was after comfort wise.

Eventually I stumbled upon a new company, one that I’d never heard of before, called Toma and they looked to be entering the market with a fancy genuine brown leather wrist strap aimed at the bridge cameras and with the promise of a full leather half case for the X10 on the horizon I thought I’d test the water with the wrist strap and I’m glad I did. 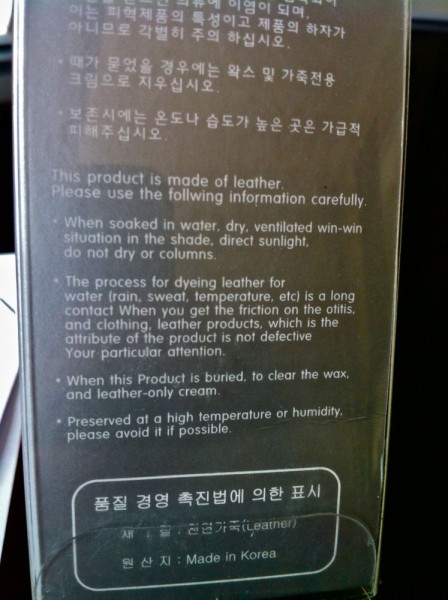 When it arrived I cringed at the poor Korean translation on the back of the box (image above) but soon forgot about that when I took the strap out. Finally, a manufacturer who uses real leather and not just cheap leather, they’ve used high quality leather. The padding is perfectly placed and just the right softness. 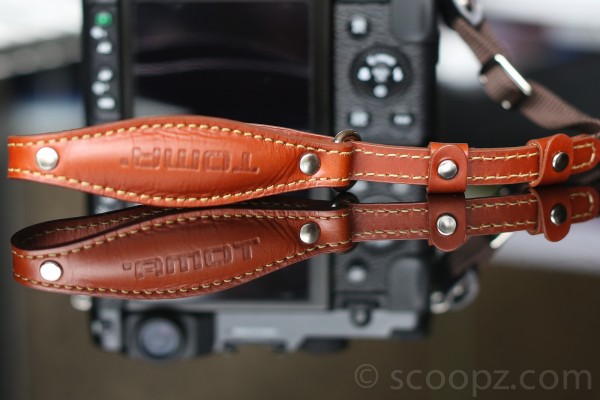 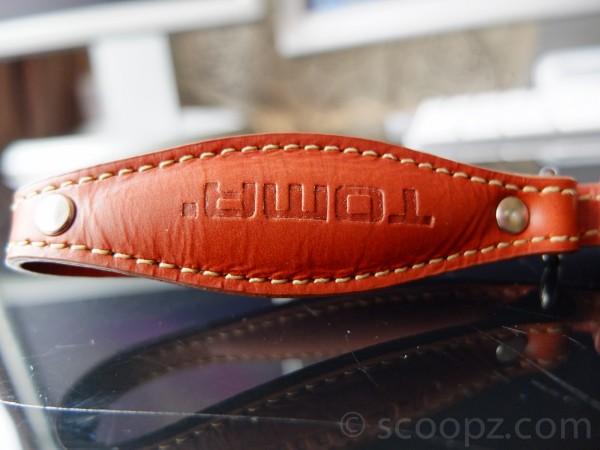 The only downside is that it didn’t come with a nice triangular metal loop like the Fuji strap did to attached it to the camera. In fact the one thing I loved about the Fuji neck strap was the attention to detail with the trainagular connector, connector tool they provided and the little piece of leatherette to stop the metal on metal scratching. I decided to reuse the Fuji traingular clip for the Toma wrist strap and also realised I was going to have to keep the little Fuji leatherette patch to stop potential camera scratches. Not a big deal but the fact the little Fuji piece I’ve kept is black and the strap is brown bugs me a little, it would be nice if Toma used some of the leather off-cuts and pressed a small flap of beautiful brown leather out…in fact I’m going to email them and suggest they do that in the future. 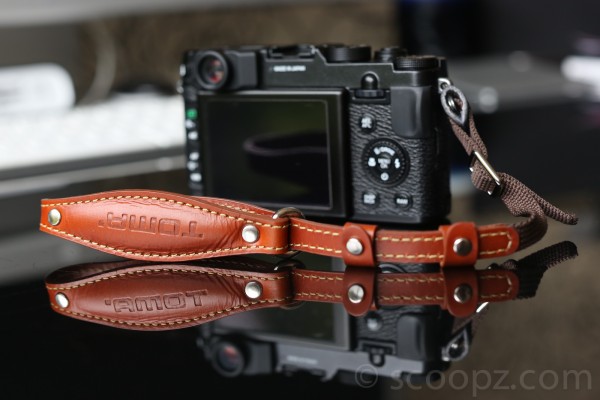 The strap is excceptionally well made, stitched together with ncie thick thread and for added security it’s also revietted in two places. 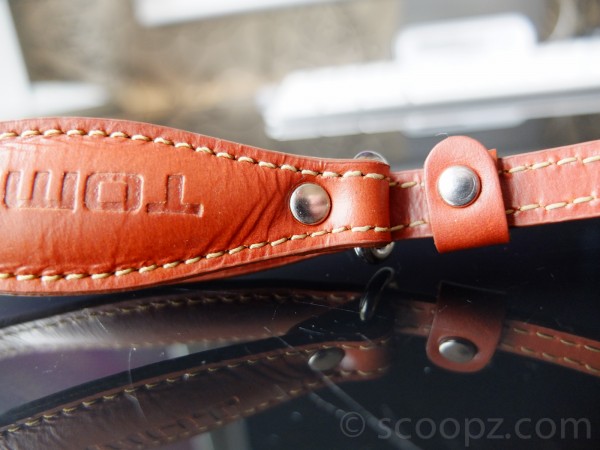 The strap was straight out of the box, on the camera and within 24hours it was thrown in at the deep end with a 3 day stag party in Marbella, Spain. It had pool water, sweat, suncream, alcohol and all sorts splashed, sprayed, thrown on it and the leather didn’t discolour at all. In bars and clubs I quite often let the camera swing freely from my wrist whilst “throwing some shapes” to the music.

The strap gave that extra bit of peace of mind that nobody was going to be able to snatch my camera and run, nor would I drop it in thewhilst taking photos in the port. We also chartered a yacth for a day and I was happy to be walking around on the deck in choppy waters with the camera safely attached to my wrist.

The strap performs well, looks great and helps keep my camera close at hand so that I don’t miss any spur of the moment shots. I’m so impressed with this Toma product that I’ve just ordered the half leather case so keep an eye out for a review of that soon.