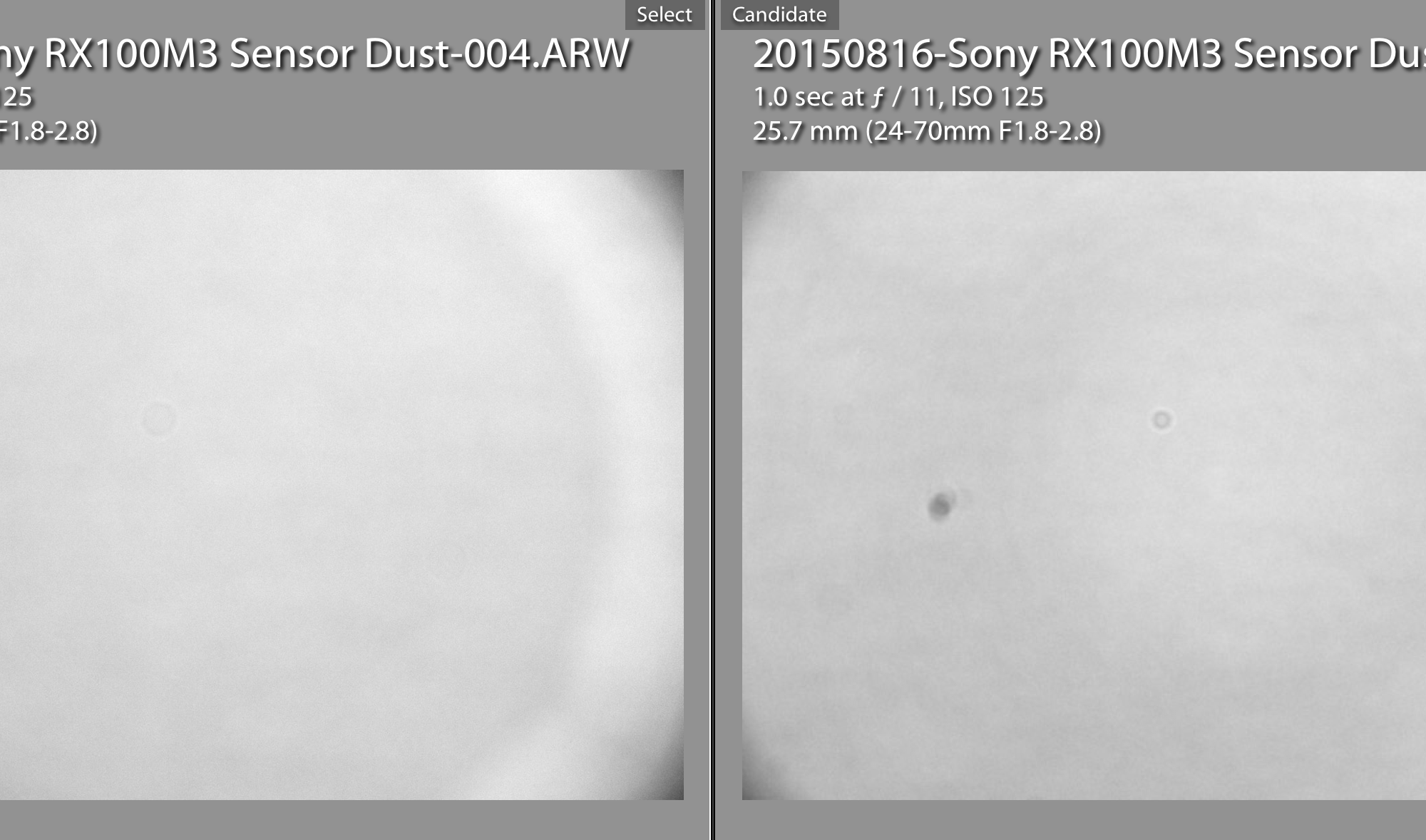 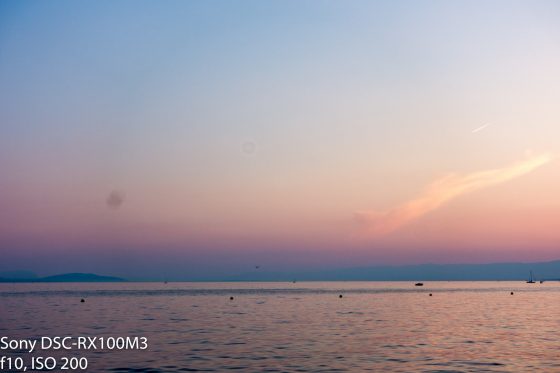 I initially assumed it was a mark on the lens but looking at the front lens element it was spotless. To make sure I used my Lenspen Micro to double check and clean the font element. The mark persisted and any image with a small (or is it large, I always get confused) f-stop such as f1 and f11 showed it the most and at f1.8 it wasn’t very noticeable. Sensor dust is known to be more noticeable at smaller apertures as the smaller the aperture the more parallel the incoming rays of light giving a sharper shadow edge on the sensor dust, this is perfectly explained in this post.

The images below were of a blank piece of A4 paper at f11 and f6.3 I have adjusted the levels slightly in Lightroom CC to exaggerate and help visualise the dust spots. 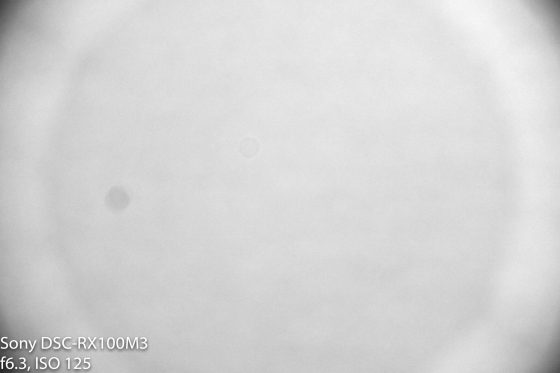 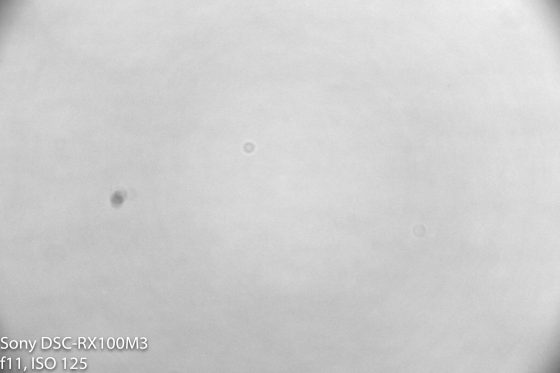 There is no way to remove the lens like you can on DSLR and Mirrorless IL cameras. There is also no internal sensor cleaning mode like you get on those style cameras. I’m stuck with having to return my camera to Sony for repair and/or cleaning as it is less than 12 months old. I purchased it from John Lewis who offer their own 2 year guarantee for free so if Sony claim sensor dust isn’t a warranty issue I’ll have to see what John Lewis say.

It should be noted that my previous non-interchangeable lens cameras such as the Fuji X10 have suffered from dust in the lens but my X100S, XF1, G10 have never have any dust problems.

The only frustrating thing is having to be without the camera I use the most for up to 28 days whilst it’s repaired. Maybe I should just buy the recently released RX100M4 and sell my RX100M3 when it comes back from Sony?

UPDATE 2nd September 2015: Sony service centre were brilliant and my camera was returned in under a week and that included a bank holiday Monday. Paperwork lists “new lens assembly” so perhaps the dust wasn’t on the sensor but the back of the lens? No more dust spots, all is well again in the World.