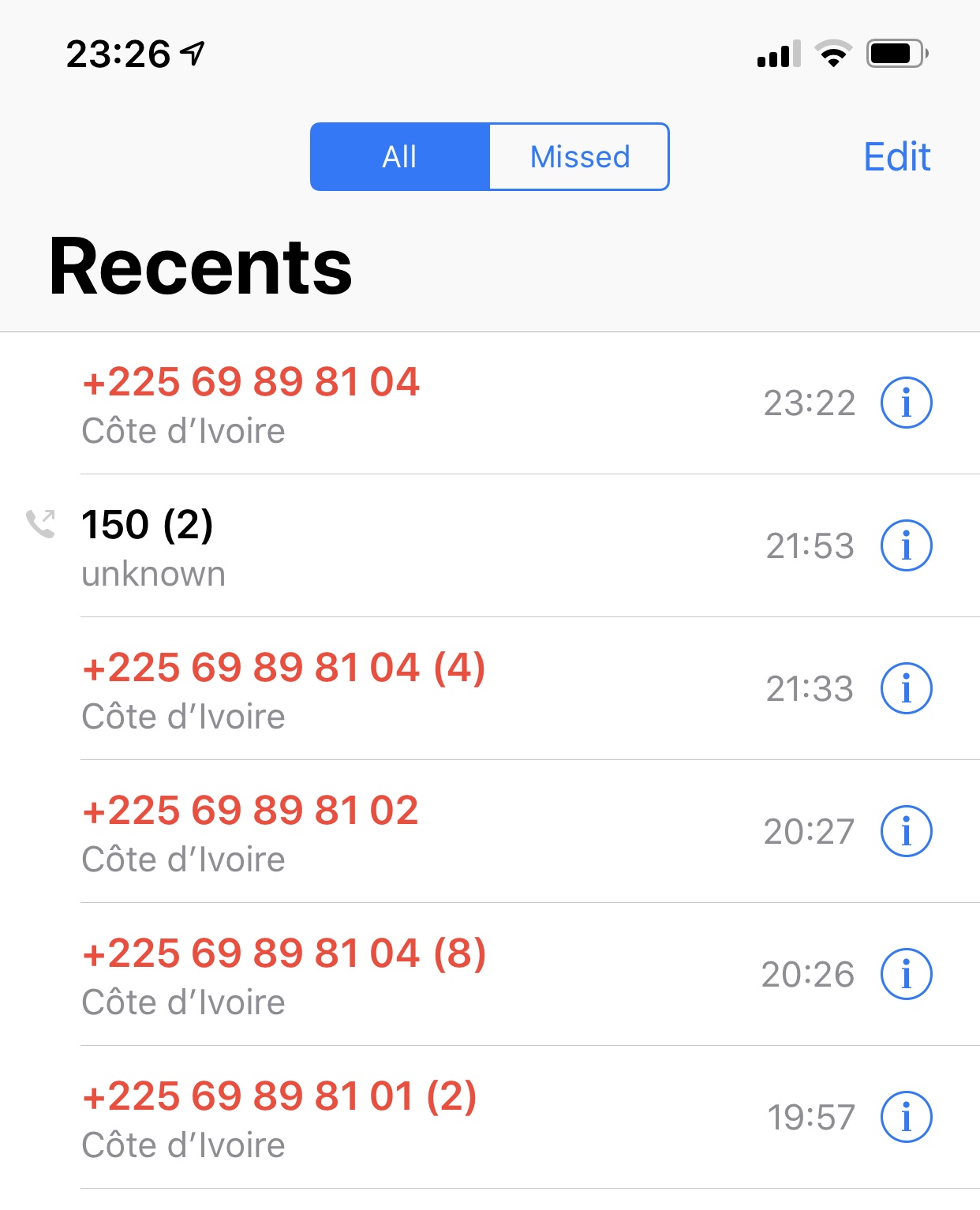 Around 8pm on Friday I received a missed call from an international number that identified as +225…Côte d’Ivoire. I ignored this and a few minutes later it rang again. I kept ignoring it then another number from Côte d’Ivoire have me 8No missed calls back to back. I tried to ignore one of these calls via my watch and it accidentally called it back for 12 seconds. Then the calls continued to come in, only every ringing one or twice before hanging up. Never enough time to try and answer the call.

Somebody from Côte d’Ivorie *really* wants to try and scam me this evening. Barrage of missed calls trying to coax me into calling back. Can’t keep blocking number as different numbers used @EE any suggestions? @ruskin147 you come across this before? #scam pic.twitter.com/DhlDWGmde2

I knew it was a scam trying to entice people to call back an overseas premium rare number and contacted EE to ask for advice but they’re offices close at 9pm on Friday so there was nothing I could do. I tried an online chat with EE technical to ask them to block all incoming calls from that country but they said they couldn’t do that. 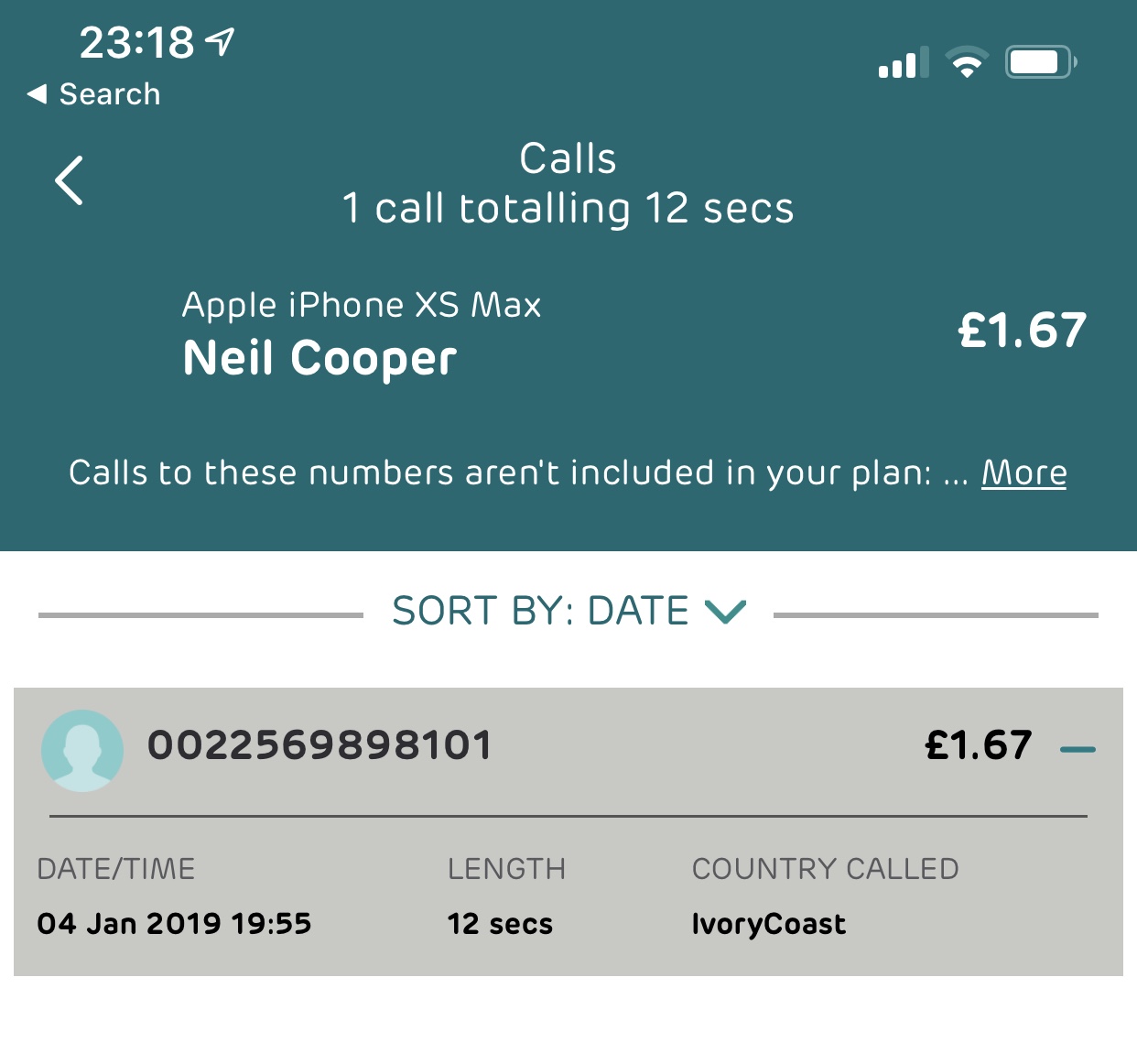 I then checked my EE billing account and as I suspected, the 12 second call that accidentally went through cost me £1.67! That’s the equivalent of £8.35/minute!

Even though iOS has an option to block callers, this only blocks an individual number and since they were calling from different numbers it wouldn’t have helped. What I need is for My network to block all incoming calls from +225******** numbers but they said that’s not possible.

A quick twitter search shows that several others are receiving the same calls but nobody seems to be getting more than one or two calls. Interestingly most seem to be EE customers 🤔

you're not the only one getting these calls

How exciting. Phone just had a missed call from the Ivory Coast.

Don't think I'll be returning it.