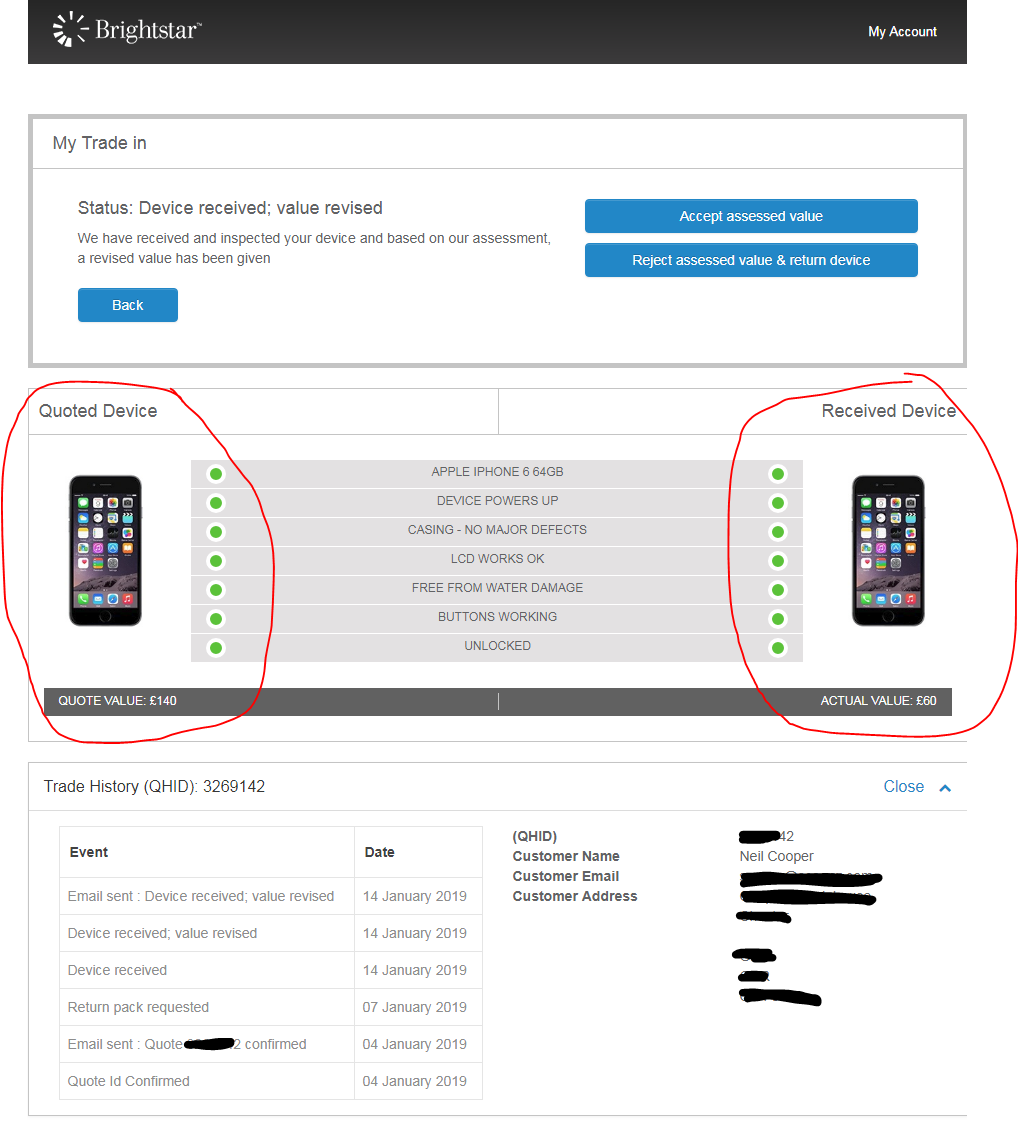 Apple run a Trade-In scheme (previously called Apple GiveBack) which lets you trade in your old device for a credit against a new device. There are lots of trade-in companies in the UK and some offer cash, gift cards, etc but Apple’s own scheme offers you a credit/discount against a new Apple device and they seemed to offer good trade-in prices too.

However, the scheme seems to be underwritten and handled by Brightstar and I had two separate trade-ins dramtically reduced in value when they received the devices.

My iPhone 7 was reduced from £225 to £160 saying it was locked to a network when it was bought SIM Free direct from Apple.

In both instances they just assumed I’d accept the lower value and issued gift cards for the lower prices. I anticipated something like this might happen so I made sure I documented, photographed and took videos of each device before shipping them. When challenged they instantly rolled over and blamed a “system error” for the reduced valuation and generated a separate gift card for the difference but I wonder how many people don’t have this evidence and just accept the lower value unecessarily.

If you receive an email from Brightstar stating “While inspecting your <device> we noted the following….This changes your trade-in value from £XXX to £YY” do not simply accept it and assume they are correct. You should ALWAYS CHALLENGE the inspection, especially when no reason is given. You should also ensure you take lots of photographs and a video that show the device operating perfectly before you ship it off to Apple GiveBack. I reached out to Apple for comments on this and sent them the emails to let them know Brightstar are trying to rip off their loyal customer base. I’ve yet to receive a response from Apple but thought it best to warn others who might be thinking of using Apple’s Trade-in program to think twice.