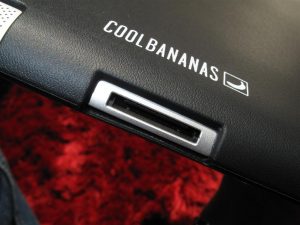 If you’ve read my review of the Elago S4 Breathe iPhone 4 case you’ll know that I’m not a fan of cases on  aesthetically pleasing Apple products but here I go again with a review of the Cool Bananas SmartShell iPad2 case.

I bought my iPad 2 on launch day along with a basic grey Smart Cover from Apple, there were no 3rd party cases available at the time. I’ve been using the iPad 2 with a naked back for the last 6 months and whilst the aluminium back is fairly scratch resistant I am starting to see some fairly big scratches appearing on it. I’ve established that most of these are from sliding it in and out of my general everyday bag which has some gnarly metal teeth on the zip.

So why did I buy an iPad 2 case? Two reasons, one, I don’t want to get it too scratched because I’ll be selling it as soon as the iPad 2 HD or iPad 3 (whatever it is called) is released and two, because it’s too slippy! If you’ve got fairly clean and dry hands and the iPad can feel a little slippy and difficult to grip. You won’t notice this so much using it on your own, but go to a BBQ with 20 people all sat around the garden and watch your iPad 2 getting passed around and you’ll be amazed the number of people who “nearly” drop it, there have even been some low drops but fortunately onto grass so no harm done.

The Smart Cover is also an issue, the magnets aren’t as strong as people think they are. Non-iPad owners passing an iPad 2 around with the Smart Cover rolled back tend to think it’s a permanent attachment and since the aluminium back is hard to grip you can see them passing it around using the Smart Cover as the main holding point. Whilst the Smart Cover will hold the iPad 2 using the magnets, it’s not a reliable and strong hold so the cover keeps snapping off, again more near falls to the ground.

Solution – I bought an iPad 2 cover from a company called GearZap who sell almost every kind of case,cover and accessory for iPads, iPad 2, Xoom, netbook, Kindle…you get the idea. I’ve used them before to buy a stylus for my Dad to use with his iPad for “sketching” and had an exceptionally fast delivery so thought I’d give them another try.

At the time of writing this they are showing 226 different iPad 2 cases and 219 iPad 2 covers. The distinction between a case and a cover is a little vague, but basically if you want protection for the back go for cases, if you want protection for the front look at the covers. [NOTE – make sure you are looking in the right category, I spent quite a while looking at iPad not iPad 2 cases before I realised they are in separate categories]

After trawling the GearZap for literally hours opening new tabs, finding reviews of products on the web I settled on a fairly cheap Cool Bananas SmarShell iPad2 case in black. My criteria were simple, it has to be thin, allow the smart cover to still be used, allow full access to all the ports and buttons, offer reasonable protection against gentle knocks and bumps and be easy to take on and off in a hurry.

I order the case last Thursday and it arrived the next day but I’ve held off writing this review for a week so I can give some feedback on how it’s been in daily use. 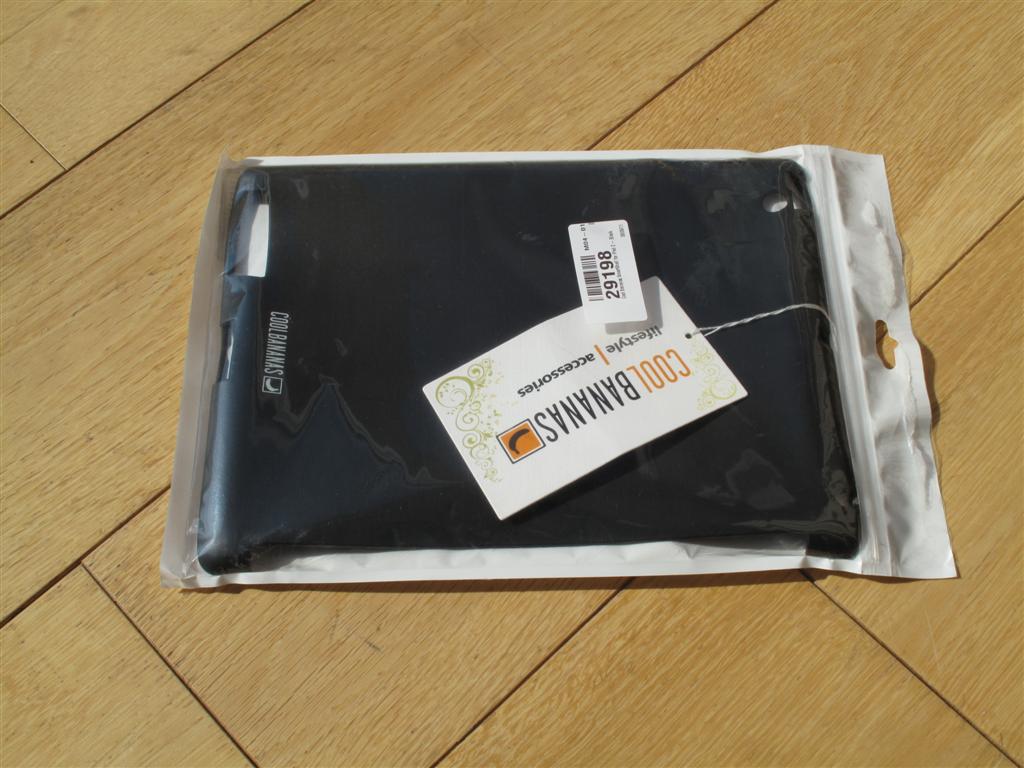 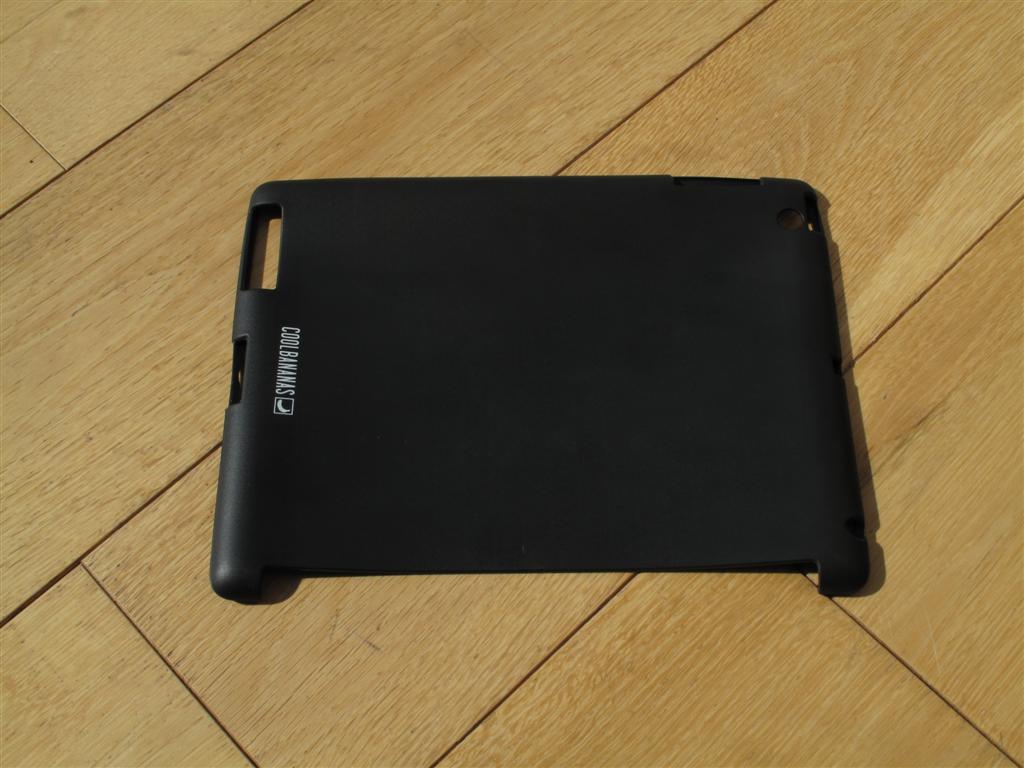 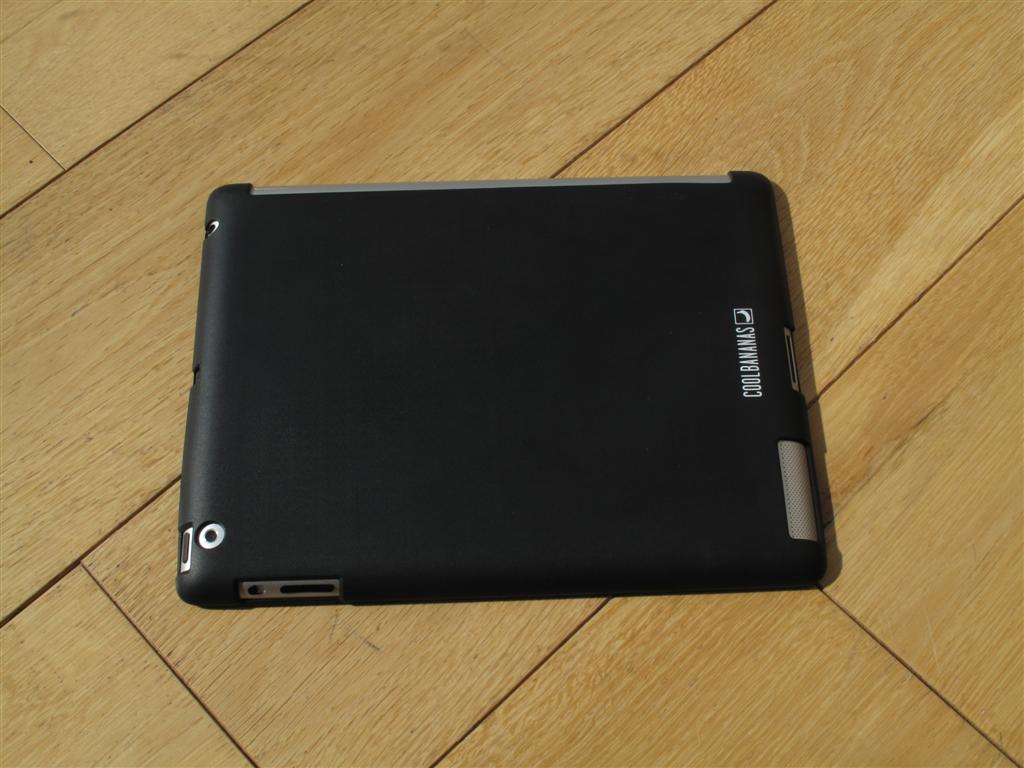 It’s thin and whilst it inevitably adds some bulk to the iPad 2, it’s not as bulky as the original Apple case I used to have on my old first gen iPad. 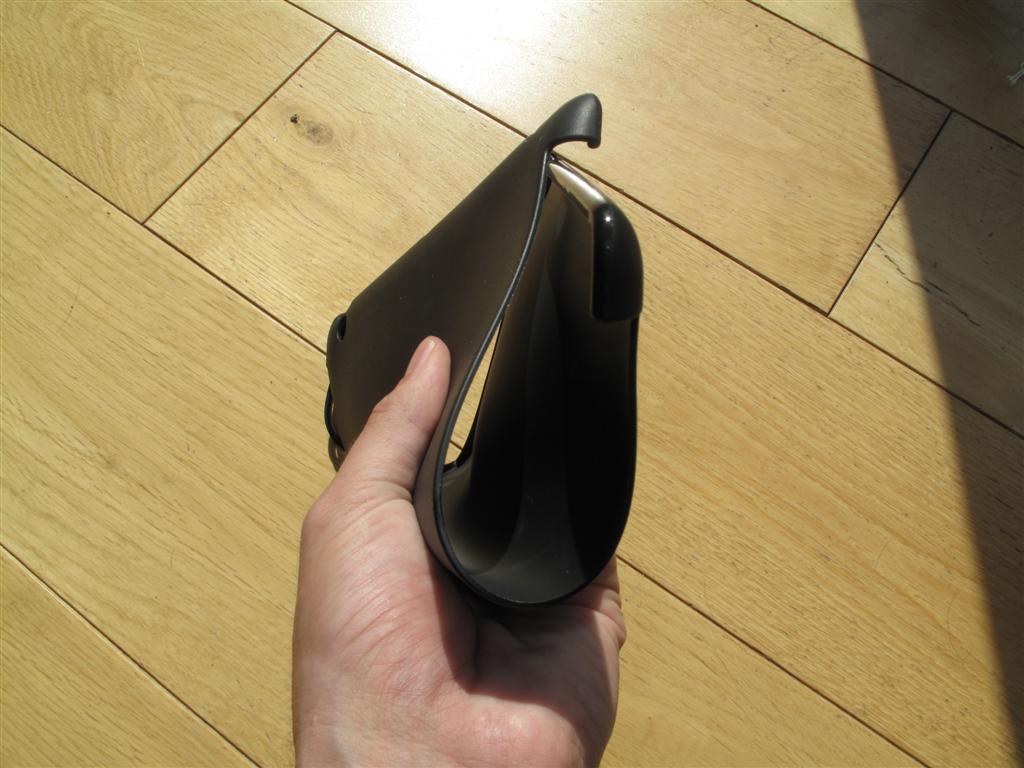 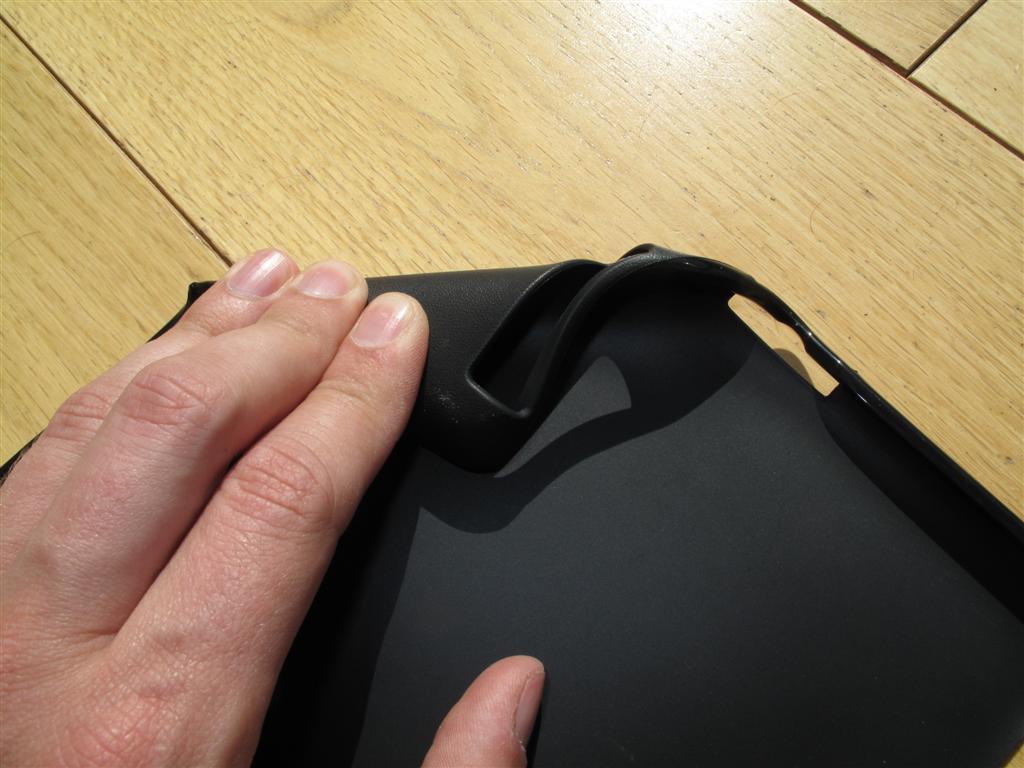 It’s flexible but in a good way which allows for easy installation and removal in seconds [see video].

I hate silicon cases that you often find being sold on the cheap for iPhones and iPods, the type where when you stick it in your pocket it’s that soft and “sticky” it pulls your entire pocket lining out when you try to get the phone out your pocket. This is more of a rubberised hard plastic shell that’s flexible. That last sentence was probably a complete contradiction in its self but the case is soft and pliable, you can bend it in half without worrying about it snapping like you would with a hard plastic shell but it’s not silicon stickiness, it’s a textured soft plastic shall we say. Whatever it is, it feels good to the touch and most importantly it gives you some confidence and grip when passing the iPad 2 around and it’s a device made for sharing so mine gets passed around a lot. 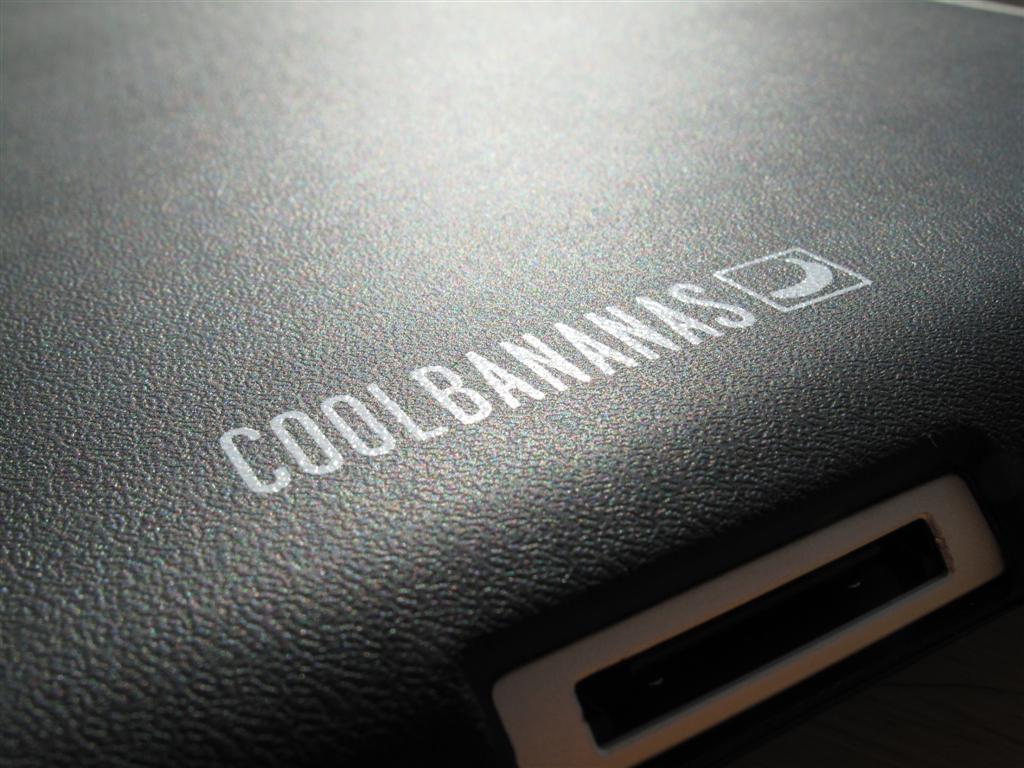 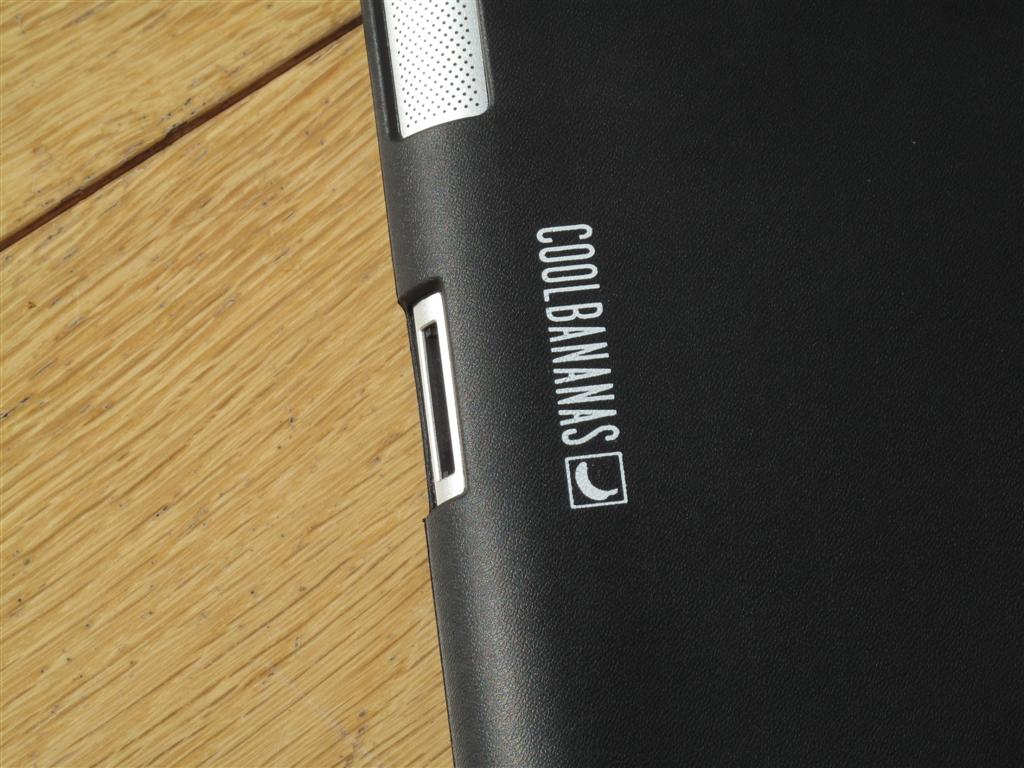 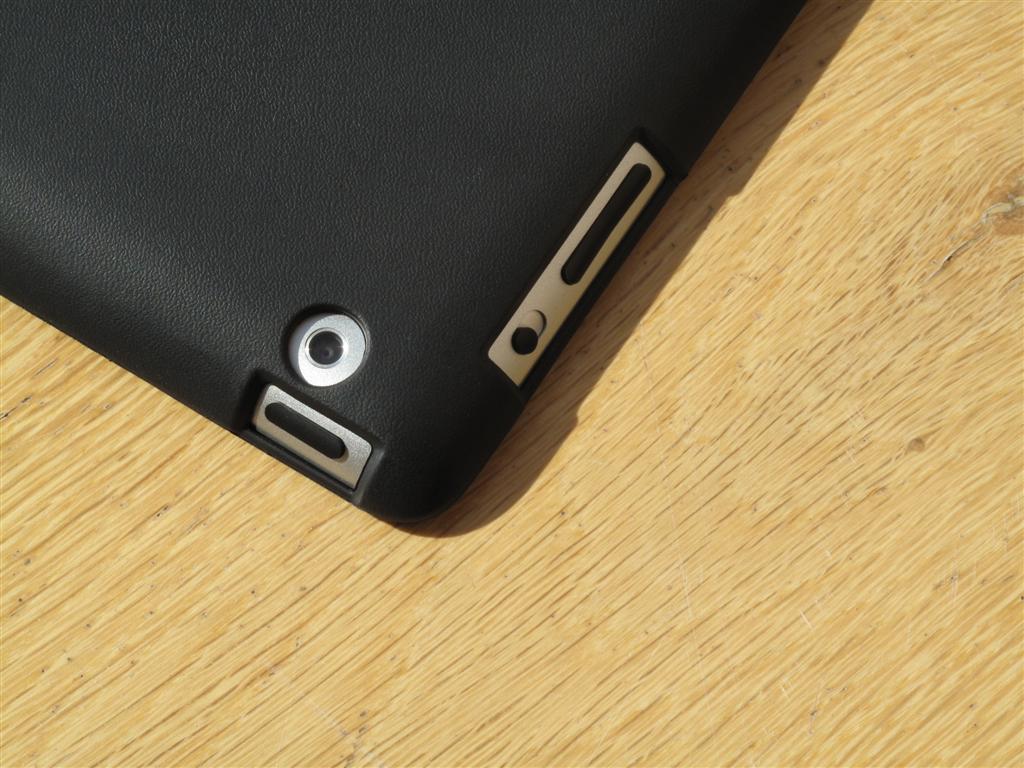 There are nice crisp cut outs for all the ports, camera, buttons and mic and the case doesn’t impede on connecting accessories to the dock connector at all. There is also a cut out along the entire edge where the smart cover connects, now if you don’t have a smart cover this is a bit of a problem as it’s leaving that edge exposed to potential damage but since the corners are still covered it should protect against any drops. 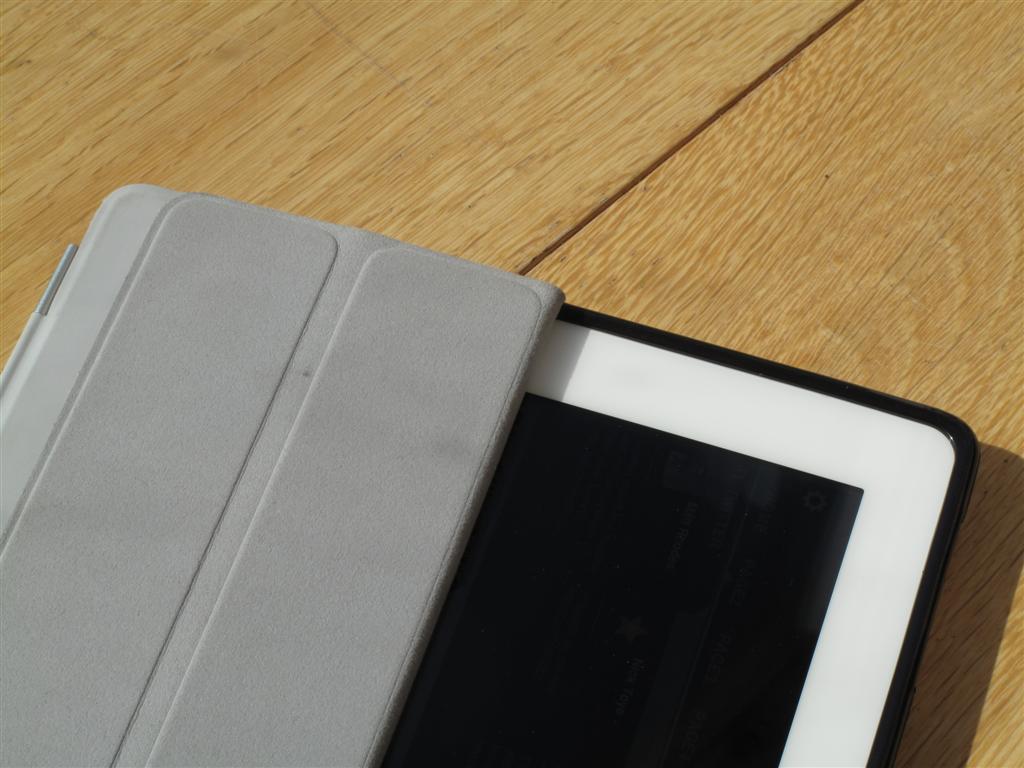 The smart cover clips onto the iPad 2 as you’d expect and opens and closes without the hinges catching on the Cool Bananas SmartShell but I have issues I’m afraid. The case has a slightly raised profile on the front which is good because it protects the glass of the iPad 2 if it’s ever placed face down on a table with grit or dirt on it. Unfortunately what this means is the Smart Cover is kept raised about 2mm off the face of the iPad so the magnets in the Smart Cover that normal hold it closed against the iPad aren’t strong enough and if you turn the iPad face down the Smart Cover will drop down. The auto-sleep function of the Smart Cover still works, if you close the Smart Cover when you have the Cool Bananas Smart Shell on the iPad 2 does sleep itself and likewise opening the cover does wake the iPad and unlock it so it’s not all bad. The same is true when you open the Smart Cover and fold it all the way back, it used to magnetise to the back of the iPad 2 and stay folded back and out of the way, now it doesn’t as the Smart Cover weakens the magnetic attraction slightly. Cool Bananas could combat this by embedded magnets into the case at the appropriate places but I doubt that would be cost effective from a manufacturing point of view and might leas to unsightly bulges in the case unless the magnets are super thin.

Verdict? Well after a week of use, it’s still on my iPad 2, I take it off every now and again when I’m at home and want to dock the iPad 2 with my B&W Zeppelin mini speakers (which aren’t made for an iPad 2 anyway) but 90% of the time the case remains on. What I have found now though is that more often than not I’m removing the Smart Cover when I’m using the device because it just gets in the way and I’m only putting it back on when it’s getting thrown in my bag to protect the screen from the metal zips on my bag. Would I recommend it to a friend, erm, yes and no depending on what they were after, if you’re after full drop protection so you can give your iPad2 to your kids, looks at the OtterBox range, but if you want the iPad 2 to feel a little more secure when you’re in a meeting passing it around or in the garden showing photos to friends then yes this is a good one to go for.