Something has been bugging me with my 2 week old white iPad 2 64GB 3G, there’s a small gap along the top edge of the iPad where the glass meets the aluminium back. Just above the camera and below the black plastic 3G antenna strip there is a thin light grey stip of plastic/bezel that is fitted nice and tight around the other three edges but along the top edge there’s a definite gap.

to get a video and some photos at the end of the post.

You can press along the top and this gap flexes in and out but it’s resting position is with a gap probably just less than 1mm. This might not sound like much and you may not notice it initially, especially on the black iPad 2’s but on the white ones, once this gap starts to gather some dust and dirt it really starts to become noticeable.

I made an appointment at the local Genius Bar and showed them the problem, on the way through the store I stopped and checked all 16 or so iPad 2 they had on display and none of them had this issue. The genius at first wasn’t sure so he sought a second opinion and the 2nd Genius straight away said “that’s not right, I wouldn’t be happy with it if it was my iPad” so they agreed to swap it out for a new one. Even though they were out of stock for sale iPad 2’s, they have a separate stock for exchanges and repairs and luckily for me they had one white 64GB white one.

He brought the new one out, passed it to me in the cellophane wrap to double check the new one whilst he started doing the paper work. Unfortunately the replacement one he handed me to inspect had an even bigger gap just under neath the headphone socket but only about 1 inch long unlike the one I took back which had a 5-6 inch long gap.

The genius seemed a little surprised too and went out the back for quite a while, eventually he came back and said since I rejected that one and they had no others in he’d have to order me one, so I’m waiting for a call to let me know when they’ve got it in.

Some of you may think I’m being a little fussy here, but let’s just remember how proud Apple were of the tight fit and finish and tolerances of the iPhone 4 bezel and metal surround (even if it did have a few holding-it-wrong issues) and let’s also not forget this isn’t some £100 palm-pilot from the 90’s, this is a £700 tablet (including the smart cover which of all the iPad 2 accessories is the only thing I’ve bought so far) and if I’m parting with £700 for something it needs to be 100% right. 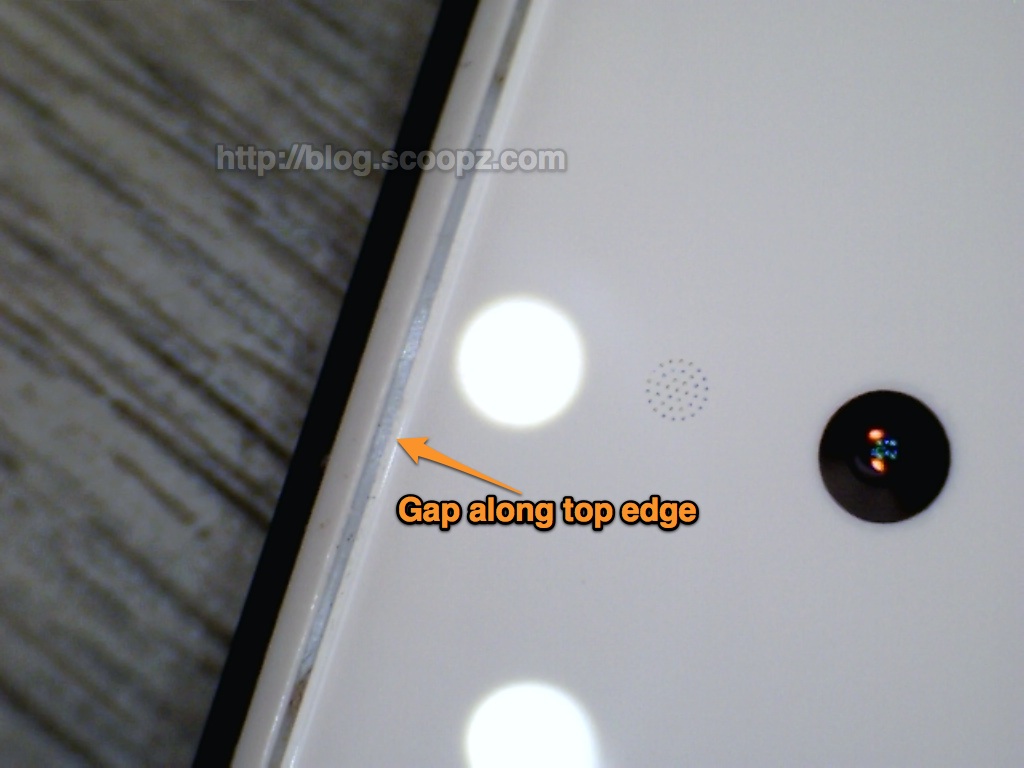 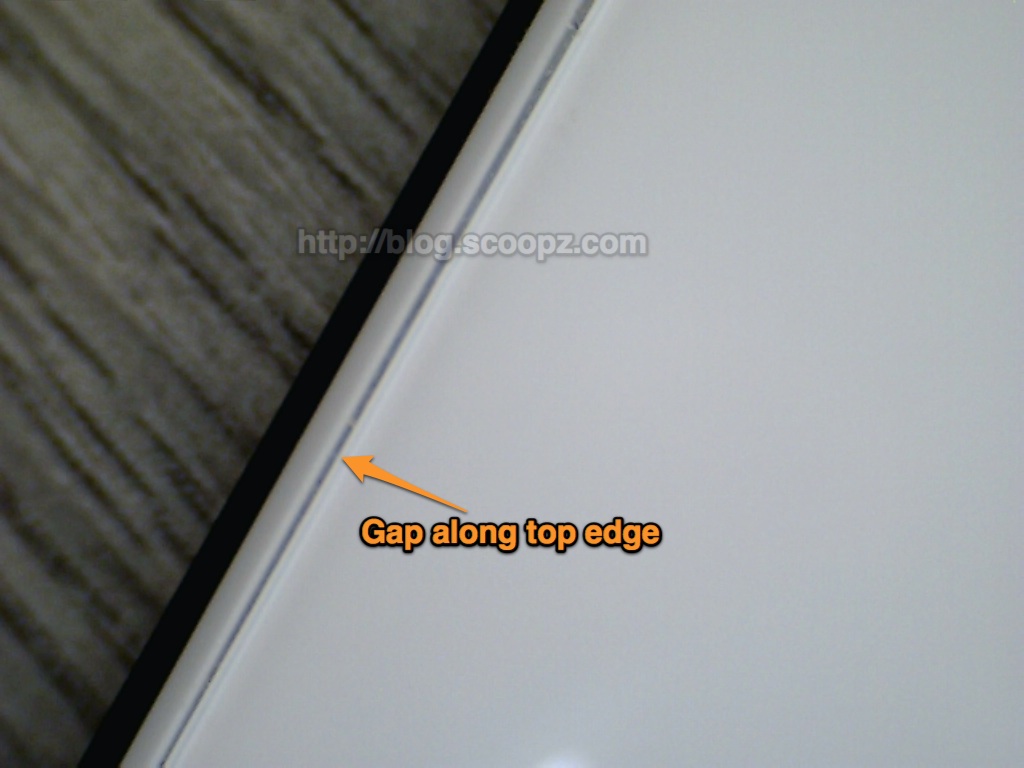 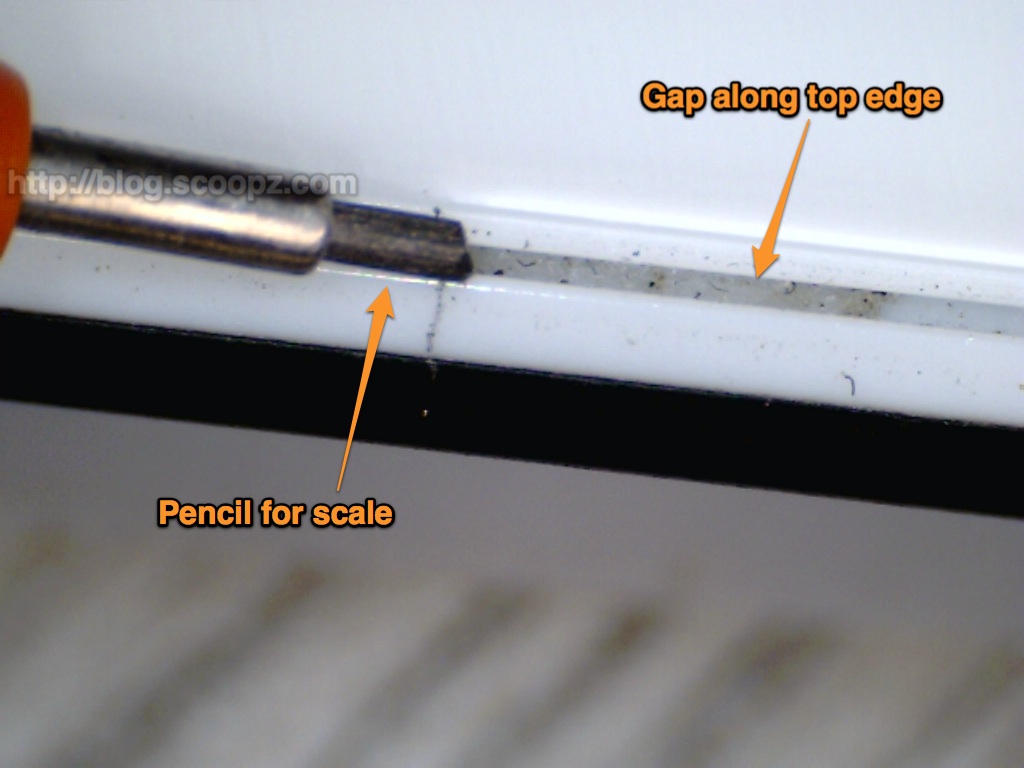 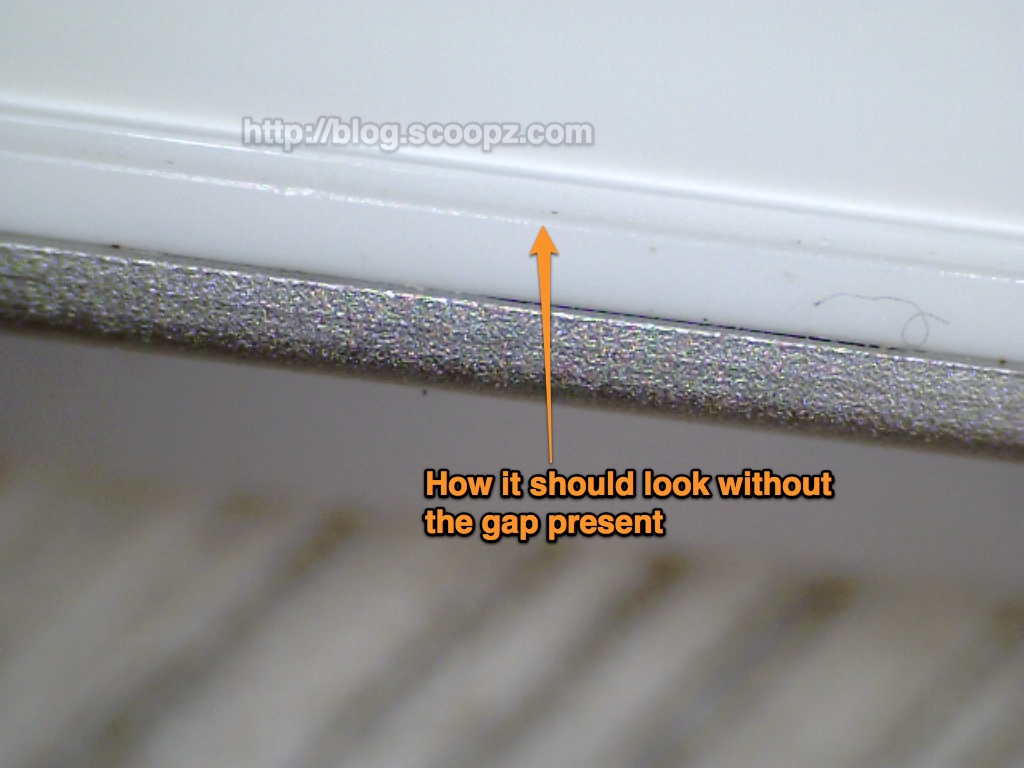 UPDATE 26th April 2011: I had a call from Apple to say that the replacement iPad 2 they had ordered was in store. I tried calling to ask them to inspect it before I drove for an hour to the store but their stupid phone system auto-hangs up every time so I had to make the drive. I checked the new unit and whilst there were no gaps around the bezel, the left hand side aluminium was badly scratched (where the smart cover connects). I asked if it was a refurb unit to which they said no, I pointed out the marks and said I’m rejecting this one too and he took it out the back for 5 minutes and came back out with a brand new sealed retail unit. They apologised for messing me around and gave me the brand new retail unit which upon inspection seems perfect. So as far as quality control and build quality go for the new iPad 2, it’s not looking good, I rejected 3 out of 4 units!

4 – ACCEPTED the new retail unit they opened for me, no marks, scratches or gaps…since getting it home I’ve noticed some light bleed around the edges but can’t be bothered going back to the store again just yet.