Like most ‘geeks’ and ‘tech heads’ I have a sizeable graveyard of 3.5″ and 2.5″ IDE and SATA hard drives that I’d stripped out of decommissioned computers, laptops, Sky+ boxes etc

The larger spare SATA drives are soon to be put to good use in my new DROBO S which I just received and will review shortly but the older IDE drives were the ones that were really mounting up and beginning to gather dust.

I have a generic IDE/SATA to USB adapter for testing the drives and securely erasing them but it’s a clunky bit of kit that lives in a drawer by my desk. I decided the smaller form factor 2.5″ IDE drives taken out of old laptops would be handy in an enclosure to add to my portable USB drive collection. I already have 3 USB Freecom Toughdrive(320GB, 500GB and 750GB) which in my opinion are the best portable drive that size, they don’t require power but most important for me is they have nicely integrated USB cables.

So I don’t need a fancy enclosure for these old 2.5″ IDE drives, one 40GB and one 60GB, they’re just going to be spares so I set about finding the cheapest 2.5″ enclosures that I could on eBay and came up with a winner. 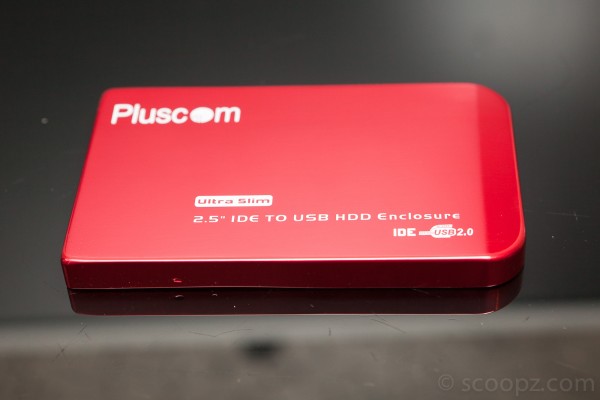 These Pluscom 2.5″ USB 2.0 Aluminium enclosures couldn’t get much cheaper at £3.80 including delivery! I opted for one  silver and one red just so I can tell them apart easily. I ordered them from the same seller and both were delivered the next day and I am pleasantly surprised with them.

I was expecting white label boxes with nothing in but a shoddy enclosure but they came in a properly branded cardboard box and even came with a USB lead, hard drive pouches (faux leather) and mini CD-rom should anybody still be using Windows 98 (all other OS’s detect the enclosures natively)….all that and postage for £3.80?! 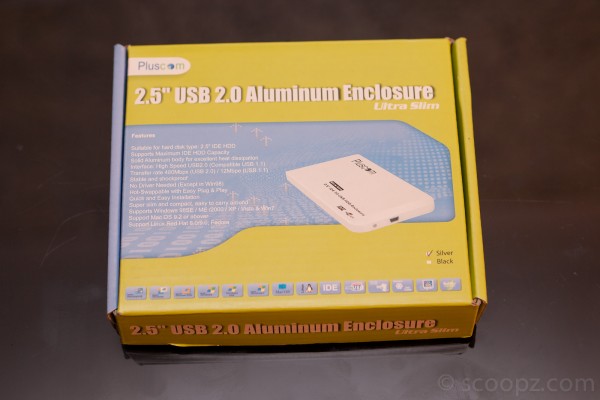 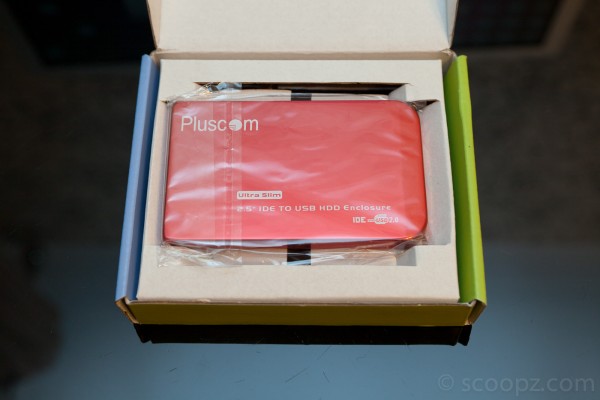 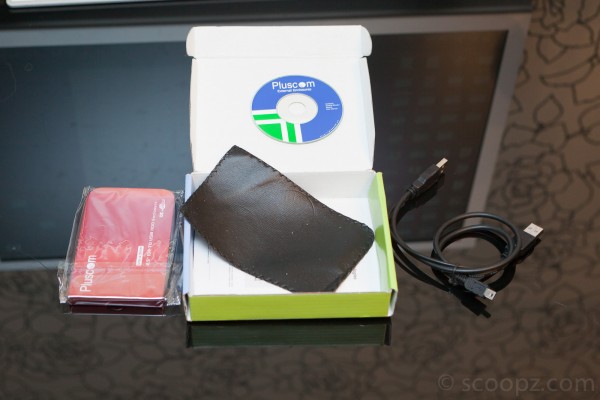 The cases are very basic, quite literally two pieces of cut and pressed aluminium with a tiny circuit board and IDE connection inside and mini USB and LED on the exterior. I was a little concerned that they were pressure fit and no screws hold the two halves together at all but if this became an issue I’d simply superglue the two halves together. 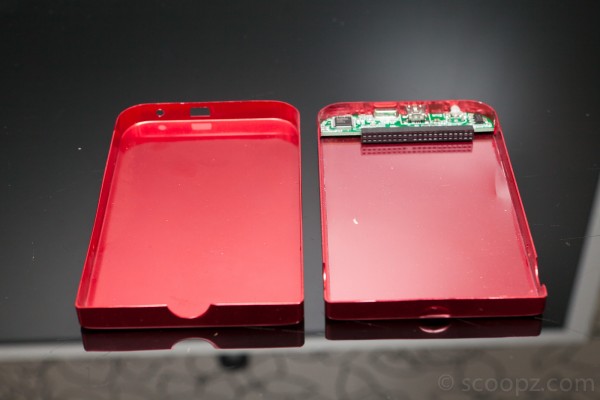 Installing the drive couldn’t really be any easier, open the case, slide the drive in at an angle, lining the pins on the drive up with the holes on the circuit board connector. One of the pin holes is blanked off to ensure drives are inserted the correct way round so be careful of this and make sure you don’t put your drive in upside down, as a general rule the label with all the drive information on should be facing up towards you. 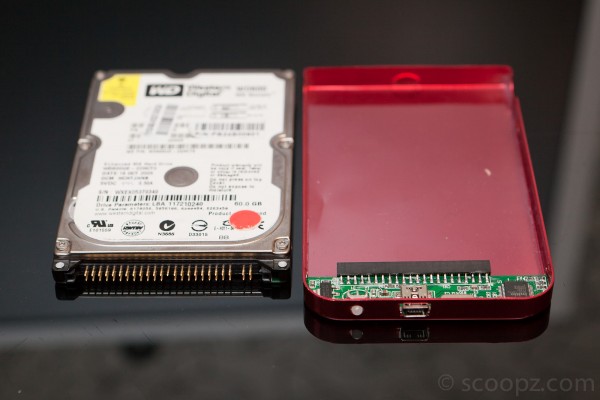 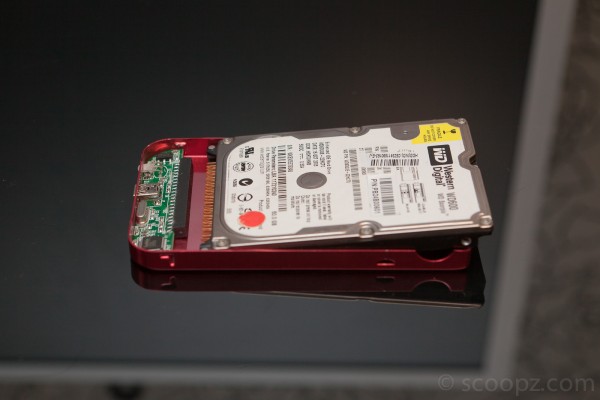 Once the pins are lined up just apply some pressure and push the drive pins all the way into the connector and the drive should then drop down flush into the case. I was impressed with how tight the fit was, I was prepared to get some rubber spaces out if the drive was going to be a loose fit and rattle around inside the case but it’s nice and tight and no spacers are needed. 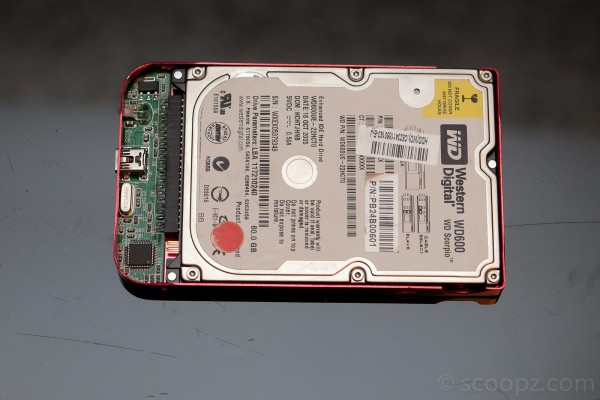 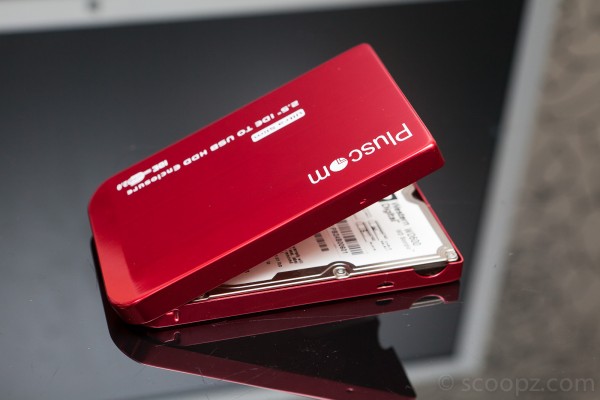 The lid closes a little more snugly now there is some bulk inside the case pressing the sides out a little bit I still think I’m going to place a few tiny dabs of superglue along the edges just to make sure it doesn’t pop open in my bag. 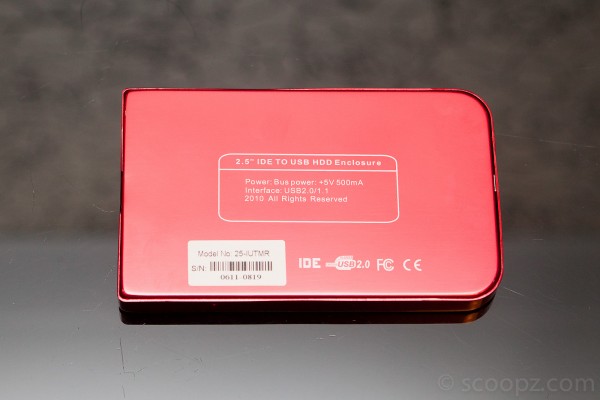 Using the USB lead included I plugged it into my MacPro and OS X instantly detected it, the external LED lit up green but as the drive was from a Windows laptop it was formatted as NTFS and read only (unless you install NTFS3G on OS X). Instead I opened disk utility and formatted the disk for use with OS X, although I could have chosen FAT32 to make it both Windows and Mac compatible. During read/write operations the green LED on the hard drive case flashes red. 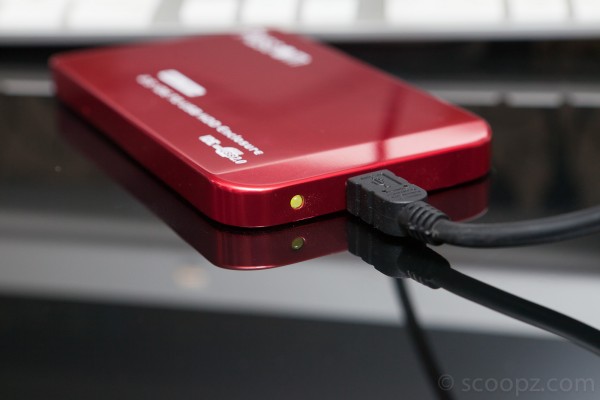 I then ran a speed test on the disk using DiskSpeedTest from the OS X App Store, this is a great little program that lets you benchmark your drives read and write speeds in a very simplistic GUI. The disks were reading and writing at around 30MB/s which is close to the theoretical max speed of a USB 2 device anyway so I was happy with the results. In comparison to my dual SSD drives in a RAID 0 array which give me nearly 1000MB/s they’re very slow but I wasn’t expecting much from old drives, old USB 2 and a cheap case. 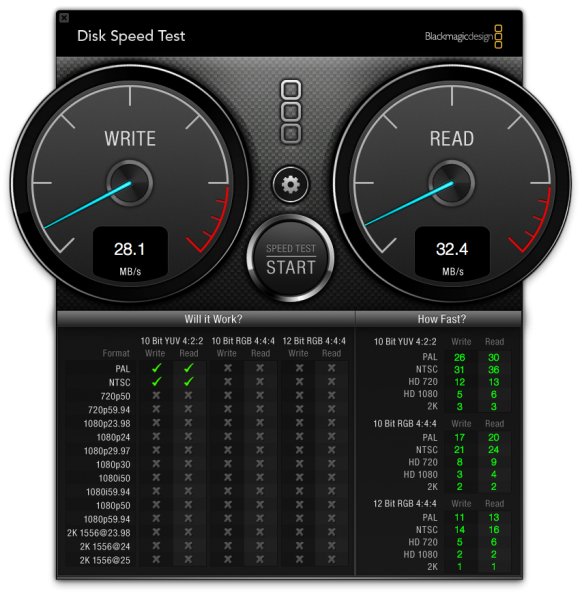 I should point out that I don’t really like the white text on the red anodised hard drive case but on the silver one the text and logo were all black and starting to wear off already. I simply rubbed my nail over the text and it scratched off like a lottery scratch card without any effort at all. I’m not sure that was meant to happen, perhaps the print hadn’t fused properly to the case but after scratching it all off and removing the stick it left quite a nice looking blank aluminium hard drive case. 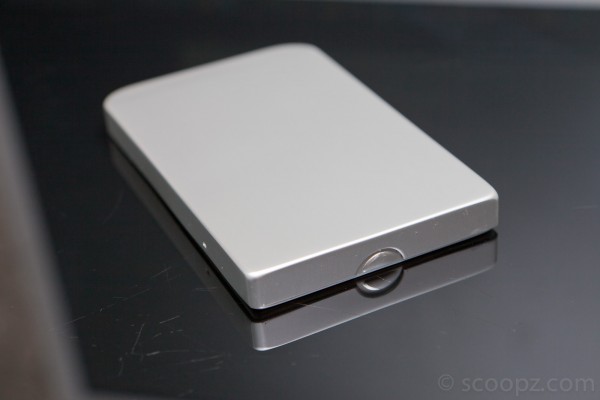 I should also point out that there are better hard drive enclosures out there, some even house the drives in shock resistant mounts (like the Freecom ToughDrive) but if you need a rugged drive I’d suggest the Freecom Tough drive and also invest in a decent hard drive cases for it too. These cheap Pluscom enclosures may well die after a few weeks use but for £3.80 they’ve given me a little extra portable storage should I need it and cost less than a large coffee in some of these swanky coffee shops.

I’m going to investigate and see if I can find a way to safely remove the white print from the red case without damaging or scratching the red anodising, if I find out an easy way I’ll be sure to update this post.

Full gallery of all images: