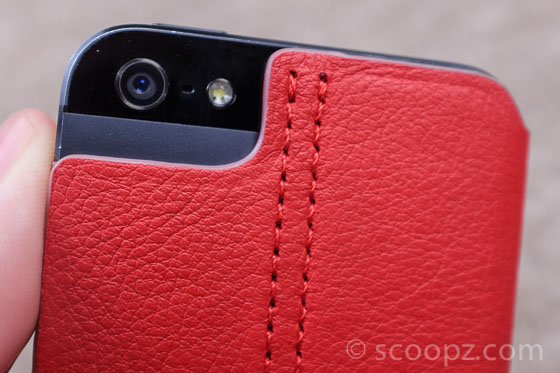 In October last year I posted a review of the DODOCASE BOOKback for the iPhone 5 which was great until it started to fray slightly on one edge and then my OCD kicked in and I couldn’t take the frayed edges any longer so it was removed.

I spent a  few months looking at a whole range of  iPhone covers and cases to replace my beloved BOOKback but to be honest, nothing was jumping out at me until I came across a promo video for the SurfacePad from a company called TwelveSouth.

The SurfacePad looks like a BOOKback but with the added benefit of a front cover to protect your screen from scratches in your pocket/bag and beatifully crafted out of super soft nappa leather. 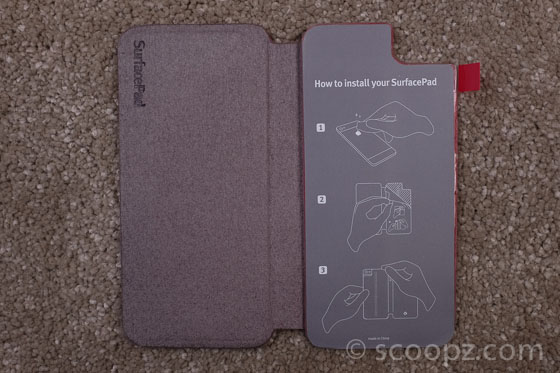 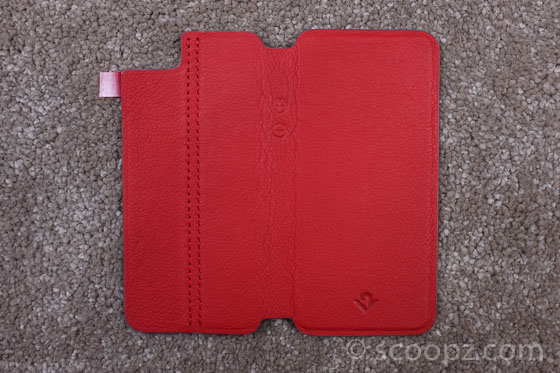 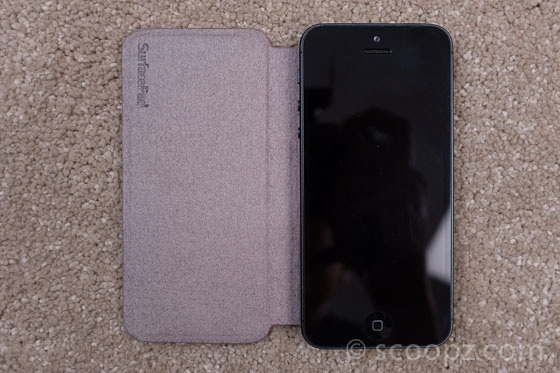 If you are clumsy and drop your phone often then the SurfacePad is not going to be for you, it doesn’t really offer any drop protection like some cases, it’s more a stylish cover which protects the glass on your phone from scratches in transit, adds a nice leather touch to the rear of the phone to make it easier to hold and less like a slippy bar of soap and also adds a built in landscape stand. 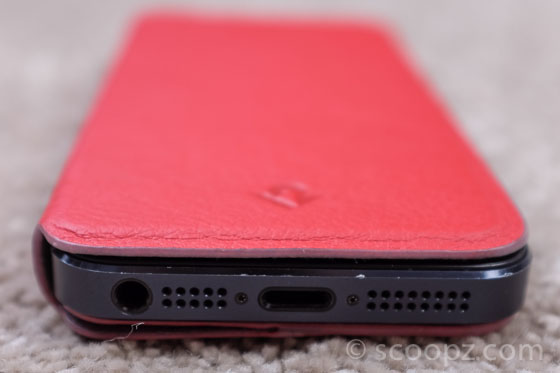 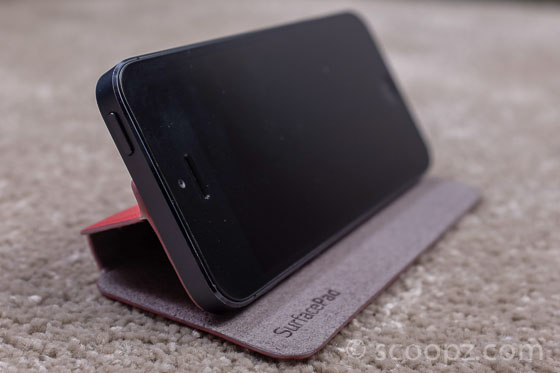 The only thing stopping me buying the SurfacePad was the price, £30 in the UK and no matter which way you look at it, that is expensive for an iPhone cover. After watching a few more videos and getting a scratch on my iPhone glass I decided I’d bite the bullet and ordered a red SurfacePad.

When it arrived, the first thing I noticed was how sublimely soft and tactile the genuine nappa leather was (I paid a lot to have nappa leather in my car and its nice to see such a luxury leather on an iPhone cover). The next thing I had to do was smell it, yes you read that right, I gave the SurfacePad a good sniff and that right there was almost enough to justify the price. The leather smells amazing. How a case smells doesn’t make it any better or worse and I have had a lot of friends call me a ‘weirdo’ for making them smell the SurfacePad but it just smells great. 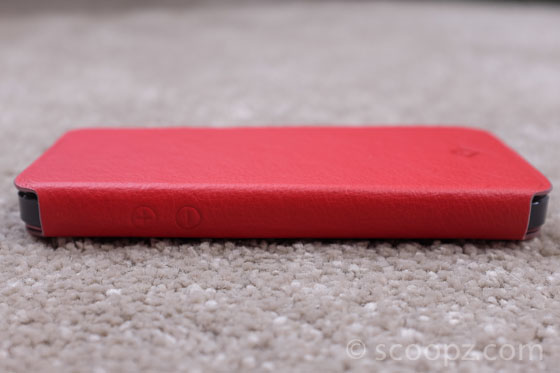 Ok so we’ve established it’s made of a very nice nappa leather that smells good, it’s also very red. I opted against the white because I figured a white cover on something I use everyday isn’t going to look too good after a few months and black is just a bit boring. I’m glad I went for the red, it’s got a dark grey alcantara/microfiber on the inside which has a subtle SurfacePad logo embossed into it. 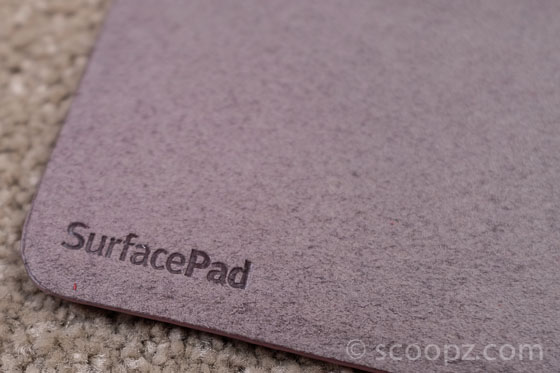 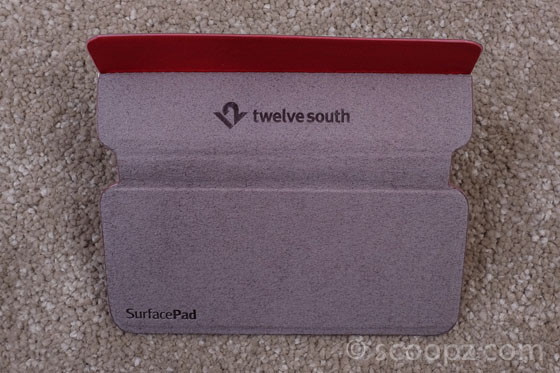 The twelve south logo is embossed on the front cover and volume up and down buttons embossed in the appropriate place on the spine, again, all nice touches and not in your face like some companies and their branding. 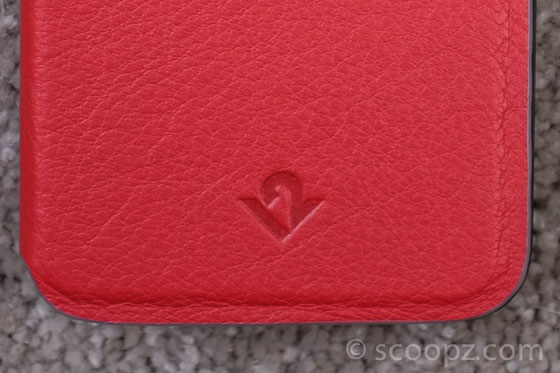 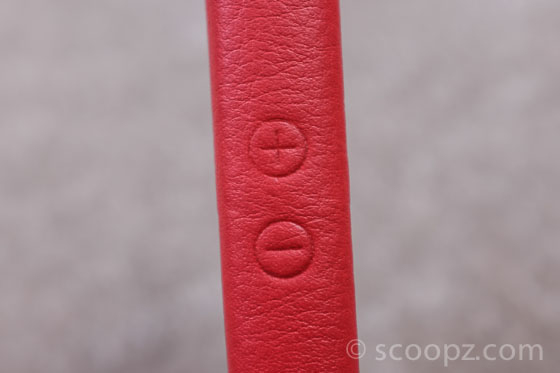 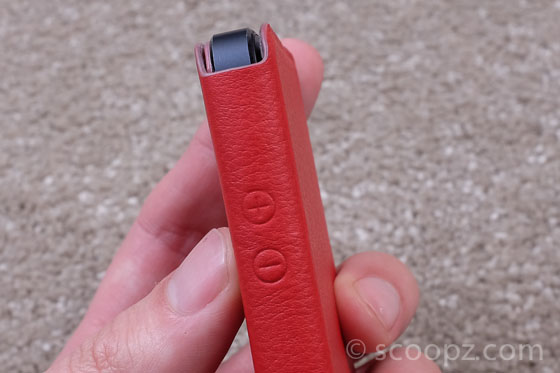 The rear of the cover is very similar to a DODO BOOKback only it’s made of leather. It’s precision cut to the exact size of the iPhone rear with a cut out for the camera and flash.

On the reverse of this is a very tacky substance, I wouldn’t call it glue, it’s not a glue but more a tacky soft plastic type substance. You peel off the protective backing and stick this directly onto the rear of your iPhone, making sure you’ve removed all dirt and debris first.

The front cover is the attached to the rear with two nice double rows of stitching for reinforcement. 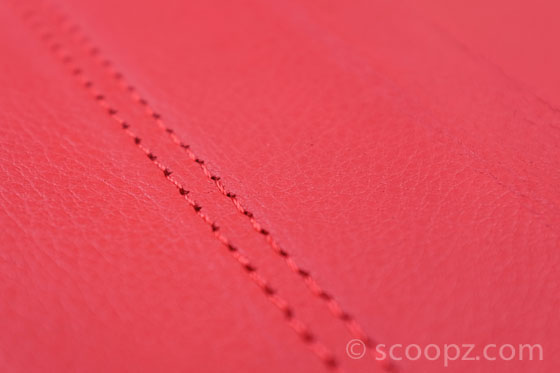 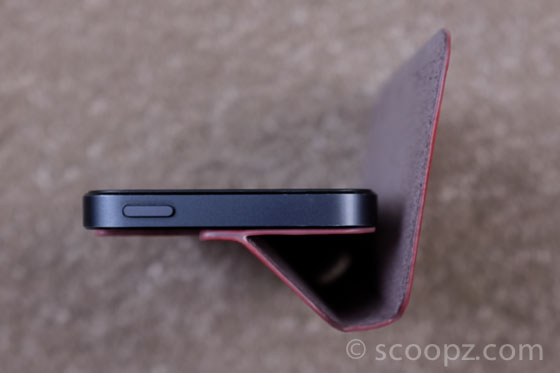 Sandwiched between the front covering piece of nappa leather and the inside grey microfiber is what feels to be a very rigid piece of plastic to offer the screen impact protection. The edge of the leather and microfiber have a clear rubber/silicon type substance on them, presumably to stop them separating. 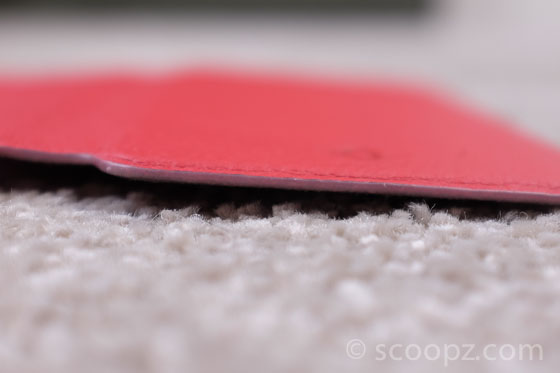 Once the cover is applied it is stuck to your phone for good, it’s not a quick remove and refit item. I did mis-align the rear the first time I stuck it on and the sticky back allowed me to remove it and reapply it without any apparent loss is stickiness but you certainly wouldn’t be take this cover on and off to put the iPhone in a different case or docking station though. However, even with the case on it fits perfectly on my B&W Zepplin Mini speakers and that’s all I ever use my iPhone with so no problems for me having the case permanently fixed on.

It’s fairly simple to use, open it like a book cover and folder it around the back for normal use or use it in landscape mode to prop your iPhone at an angle to watch movies. 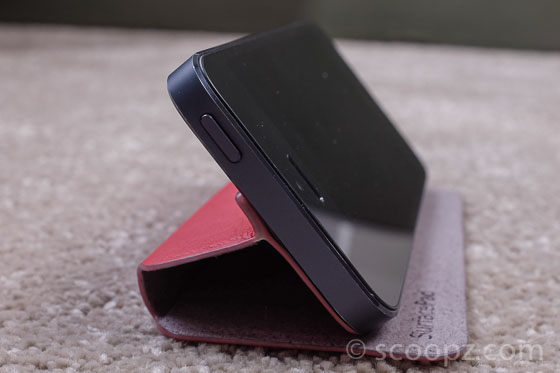 There’s only one thing that I don’t like about the cover and that’s the fact I can’t access the silent/ringer switch without opening the cover. I can feel and press the volume buttons through the case, so if somebody calls and you’re busy you can still press a volume button to silence the call without opening the cover. However, I didn’t realise how many times I go into meetings and want to subtly check my phone is on silent without take it out of my pocket and that’s not possible with the SurfacePad. You could argue that they could cut the leather at the top of the spine lower to allow access to the ringer switch but that would then give too much play in the front cover by reducing the spine height. It’s a small thing and something that I can live with and get used to but as with all my reviews I like give my honest opinion.

At the time of writing this review I’ve been using the case for just over a month. I’ve got a trip to New York and Bermuda coming up and I’ll be using the phone a lot for navigation and research so I’ll update in a few weeks to let you know if I’ve finally managed to find my ultimate iPhone 5 cover.