It’s iPhone 7 launch day here in the U.K. and our 256GB iPhone 7 in black has arrived and the first thing we wanted to test was the new ability of the camera to shoot in RAW (actually Adobe’s open format RAW called DNG) and see what benefit it offered over shooting in normal JPG mode and we’re surprised, and disappointed, by the results.

First up, we were searching around in the settings of the native camera app looking at how to switch from JPG to DNG but couldn’t find anything 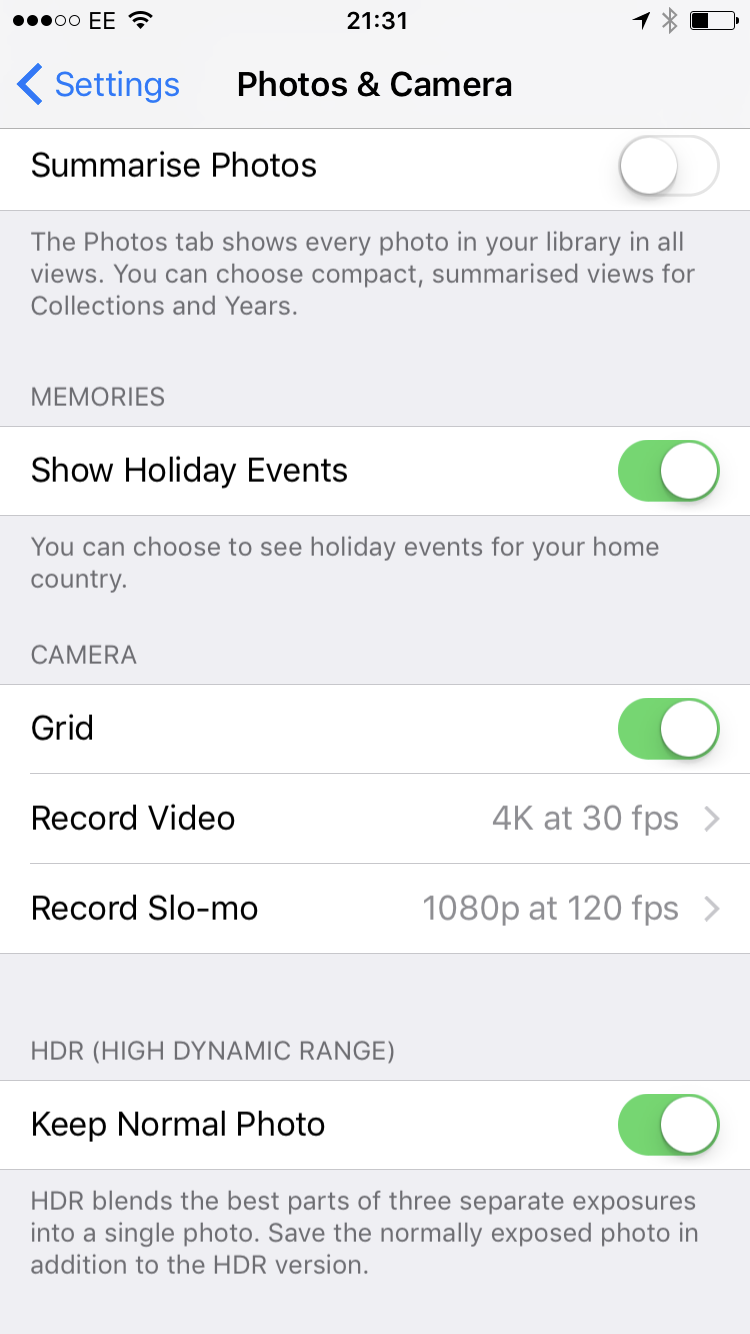 Then we remembered that DNG access is only available to third party camera apps not the native iOS 10 camera app so we headed straight for the big daddy, Adobe’s own Lightroom Mobile.
Sure enough, there is the option at the top to toggle between JPG and DNG along with a helpful guide on the differences. 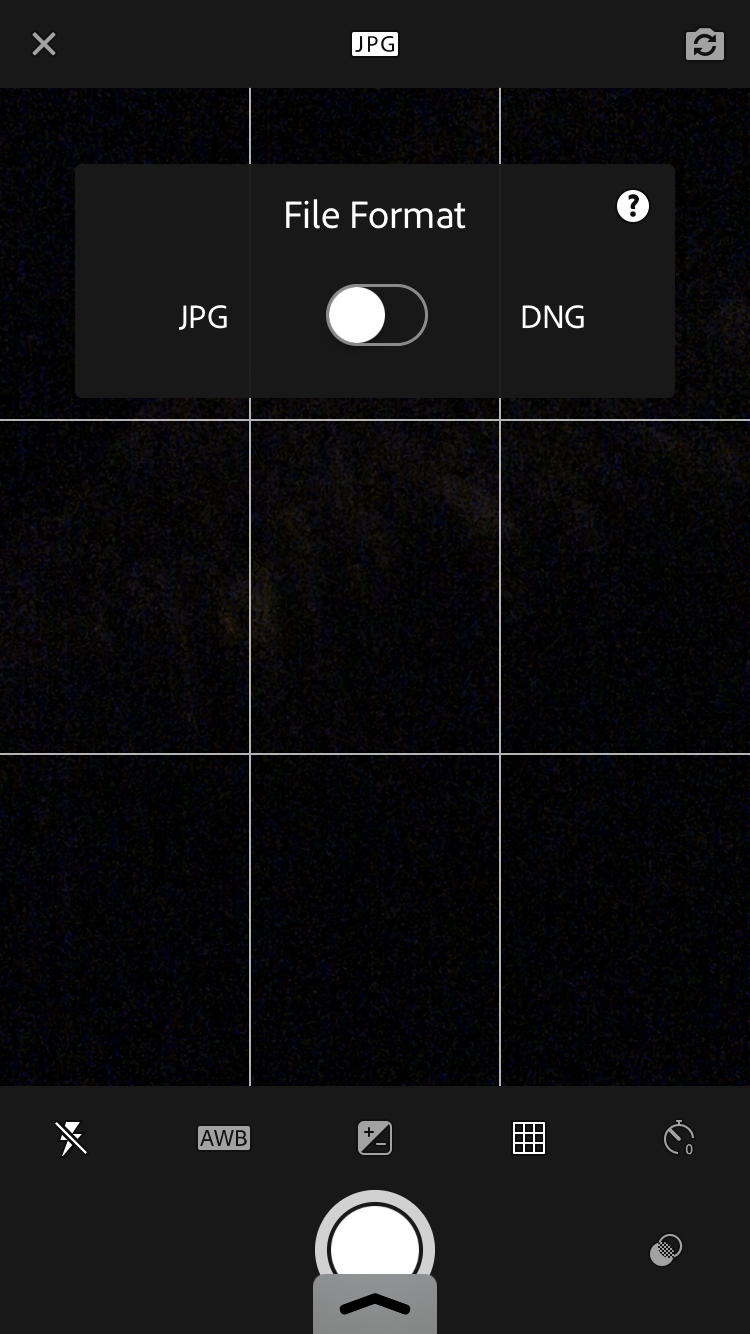 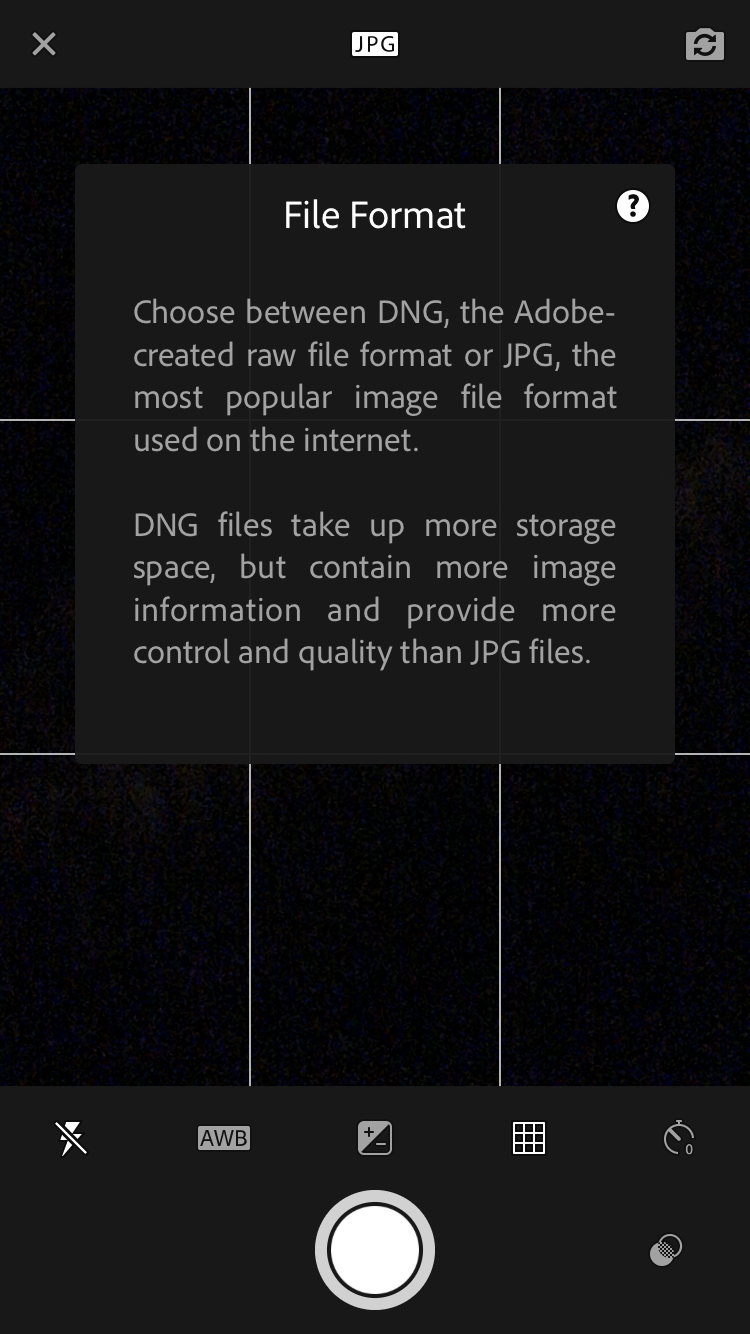 Straight away it was time to do some fast and rough test on JPG vs DNG. Two photos, handheld taken a few seconds apart one in DNG mode and one in JPG mode.

The results were surprising.  The JPGs were cleaner and sharper and the DNG images were noisy, very noisy! However, we’re professional photographers by trade and know full well that SOOC (Straight Out Of Camera) JPGs will always look more appealing as they have been processed by the camera itself, sharpened, colours boosted, etc and RAW files from our DSLRs always look a little flat in comparison as they’ve had no sharpening or colour adjustments made yet.

But that isn’t what’s happening here, the DNG images from the iPhone 7 are just full of noise and when you inspect the images in Lightroom mobile you can see why. Even though no changes were made,  the DNG images are almost all taken at a ISO much much higher than the ISO of the JPGs. Higher ISO means more noise, and faster shutter speeds, but why? Why did Lightroom Mobile decide in all three quick test scenes to switch from low ISO for the JPGS to super high ISO for the DNG. Nothing changed in the scene, the lighting remained the same, there’s no way to manually set the ISO in Lightroom Mobile camera it’s all automatic.

Take a look at the first test image below, excuse the poor scene selection but it serves a purpose.

Here’s the JPG, taken using Lightroom Mobile on the iPhone 7 and it opted for ISO 125 | shutter 1/4 s

Here’s the next example

You can probably see in the samples above how noisy the DNG images are compared to the JPGs. Below are some crops from the last set

So it’s clear that something isn’t quite right here. There’s no reason we can think of for DNG versions to have such a high ISO compared to the JPG version unless Lightroom Mobile is doing something wrong? We’re running the latest version of Lightroom Mobile which is fully RAW/DNG compatible but until there’s an option to have manual ISO control it looks like it’s best to continue shooting in JPG.

Once we get out in the daylight tomorrow we’ll run similar tests to see if this phenomenon only occurs in low light.

Have you got an iPhone 7 and Lightroom Mobile, if so try taking the same photo in JPG and DNG mode and see if you find the same with the ISO jumping up in DNG mode and leave a comment below.

UPDATE: So it looks like Lightroom Mobile is a little buggy and restrictive at the time of writing this. You have no control over ISO or shutter speed and we have no idea why it’s changing the ISO so much when simply switching between JPG and DNG for the same scene.

In order to try and get an idea of the benefits of DNG photos from the iPhone 7 we found an app called Shoot Manual [APP STORE LINK] which lets you shoot simultaneous JPG+RAW and gives you full manual control over shutter speed, ISO, White Balance, Focus and Exposure Comp. [Note: no manual control over aperture seems possible at present].

Putting these into Lightroom (desktop) and carrying the same extreme but basic edits to each image [increase exposure by 2.55 stops, reducing highlights, boosting shadows, reducing whites and boosting blacks as per below] 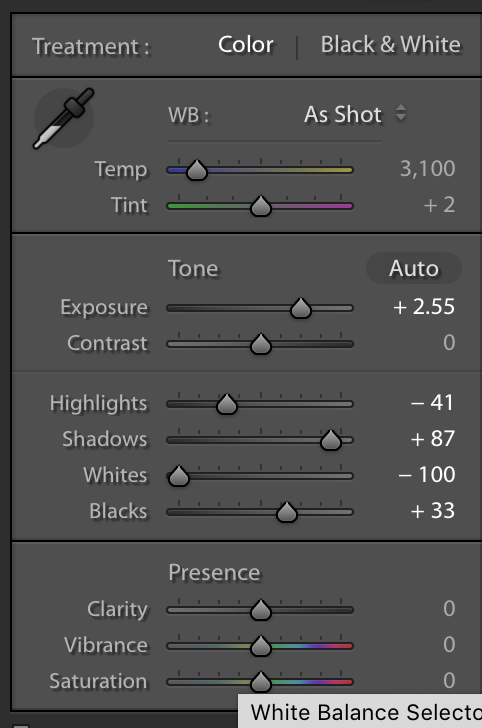 This resulted in the following, the original file is in the centre, the DNG to the left and the JPG to the right. On quick inspection they both look fairly poor and noisy but remember this is quite extreme pushing shadows this far, but do start to notice how the DNG has retained more detail in the boosted shadow areas. You can see clear jpg compression artefacts in the shadows of the JPG.