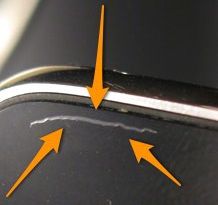 Just been to visit a friend who showed me a strange defect under the screen of his iPhone 3G. It appears the glue has an air bubble or similar in the black surround.

The iPhone is in perfect condition otherwise, there’s no marking on the rest of the screen or casing. He’s hoping to get it replaced/repaired under warranty but as the nearest Apple store is nearly an hour away he’s sensibly waiting until he’s next in the area. 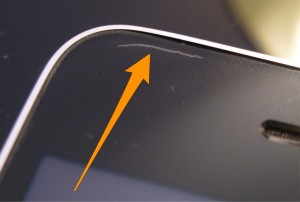 Some people have mentioned that Apple won’t repair cosmetic defects under warranty but since this is under the glass and there’s no way he could have caused it himself I think they should.

Has anybody else has similar problems?